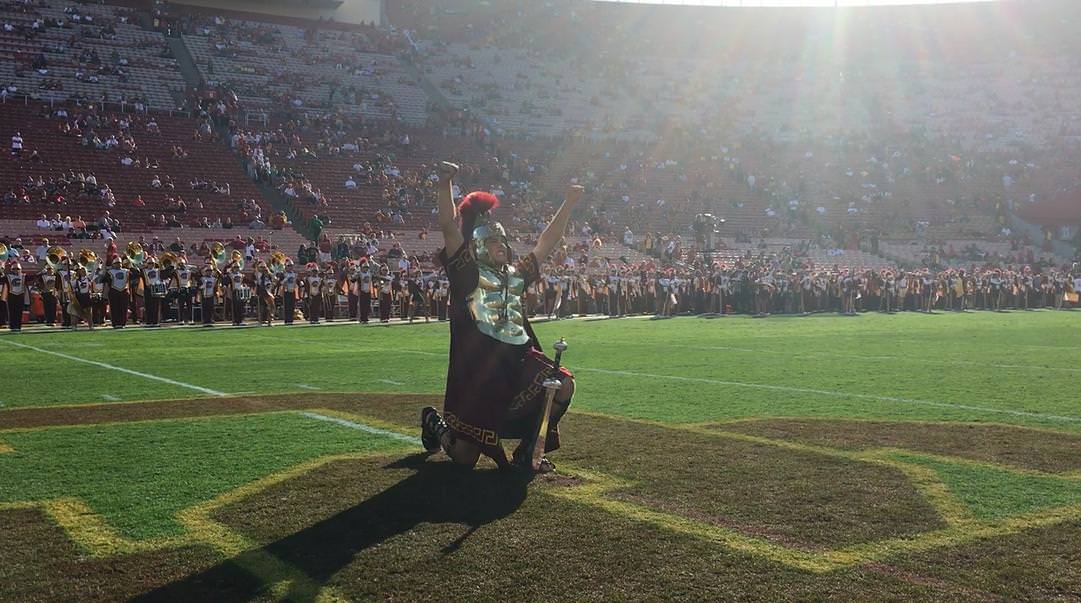 The Pac-12 has benched the Stanford and USC marching bands during pregame at its conference championship game Friday evening.

Both the Stanford and USC marching bands have been preparing for the Pac-12 championship game in hopes of performing both for pregame and during halftime. However, the Pac-12 has elected to bench both bands for pregame meaning college football fans will not be able to see one of the great college band traditions before the game, the famed field stab by the USC Drum Major.

The bands will march at halftime. The USC Spirit of Troy will take the halftime field first, followed by the Leland Stanford Junior University Marching Band. Each will have approximately five and a half minutes to perform.

Pregame shows are designed to energize and excite fans.
Now the championship game, which is one of the largest games of the year for both teams, won’t have a marching band pregame at all.

The Pac-12 has kept the change quiet, according to the Pac-12 Band Directors.

The conference has not given any reason for the change, either. These changes were only announced when the bands received their game day packets from the Pac-12. CollegeMarching.com reached out to the conference for clarification and comment about these changes, but did not receive any comment back from the conference.

A LSJUMB public relations representative reported that the band did not know the reason for the changes.

“I don’t know the reason, I just know the parameters mentioned by our Music Director and field show coordinators,” the representative said in an email.

However, a source at USC says that this change may have been in the works for a while.

This is the first time these changes have been implemented. University of Washington Husky Marching Band Director, Dr. Brad McDavid explained that last year both marching bands were able to march pregame and halftime for the 2016 Pac-12 championship game.

Band members who have marched at the game in the past described a game that was very favorable to bands including marching both pregame and halftime as well as participating in a battle of the bands during the game from the stands. All were shocked to learn about the changes.

"Last year we got to march pregame and it was amazing to get to perform our pregame on such a large stage," said Carrie Proctor, Drum Major of the University of Colorado Golden Buffalo Marching Band. "I'm sad to hear that they are cutting pregame."

Only two weeks ago the ACC notified it's bands of similar changes to its championship game, benching the Clemson Band for halftime and the Miami Band for pregame. During the ACC championship game, the Clemson Tiger Band was allotted a six-minute pregame show and Miami’s Band of the Hour was given time for a six-minute halftime show. After a huge uproar from fans and alumni, the Athletic Directors of both schools were able to push for changes that would allow for pregame involvement by both bands and 5 minutes at halftime for each band.

Band Directors across the Pac-12 are very concerned about the changes and hope that an agreement can be made in the future that would allow for bands to perform at both pregame and halftime during the championship game. It appears that conferences are becoming more hostile towards marching bands during championship games in favor of larger time allocated to sponsors.

Until an agreement can be made band fans at the Pac-12 championship game will have to wait until halftime to see the college football tradition they enjoy most.