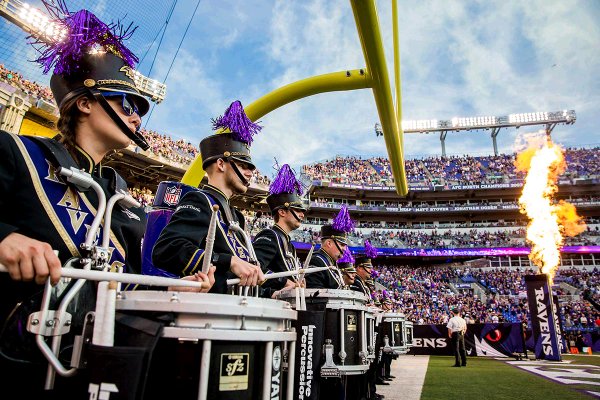 What if all NFL teams drafted a marching band?

April 27, 2017
Tweet
Currently the National Football League (NFL) is home to two marching bands, the Washington Redskins Marching Band and Baltimore's Marching Ravens. Both are volunteer organizations and both are made up of former high school and college band members.

The Marching Ravens are a spawn of the Baltimore Colts' band that is famously known as "The Band that Wouldn't Die". When the Colts unexpectedly packed up and moved to Indianapolis, the band was left without a team to perform with. They decided to carry on as part of the Baltimore community and to this day are major part of NFL history.

These bands are fun organizations that do their best on the field, but are limited to just a few practices or in the case of the Marching Ravens, one 3-hour practice per week. It is hard for them to perform at the same level as some of the premier college bands or DCI corps. A lack of resources, time and talent plagues them annually.

Deep in the heart of Texas, the Houston Texans are home to the Bull Pen Pep Band.
They are a 45-member pep band that performs at community events as well as before, during and after all home games. Across the country many NFL teams have drum lines including the Steelers, 49ers, Broncos, Seahawks and Carolina Panthers to name a few.

All of these organizations are comprised of volunteers and they do their best to entertain crowds. Their main perk is a free ticket to the game.

But what if every NFL team had a full and legit 250+ member marching band? With so many drum lines and a few bands already in operation it seems like the NFL and mainly NFL fans are ready for 32 high caliber bands. Last season alone over 20 college bands performed at halftime of NFL games.

Requirements:
-Open to anyone 21-years-old and up
-Pass physical/health test
-Instrument playing test/marching audition like for DCI

What NFL Bands Offer:
-Would be full time job - practice 4 days per week, with performances on gameday and throughout the community, perform across the world representing the NFL and band world.
-Paid around $40-50K per year (average salary for a music teacher out of school), travel expenses paid for by teams.
-Full Health Benefits
-Off from March until May like a teacher has summers off

Would you look good in the uniform of "The Spirit of Florida" the Miami Dolphins Marching Band? 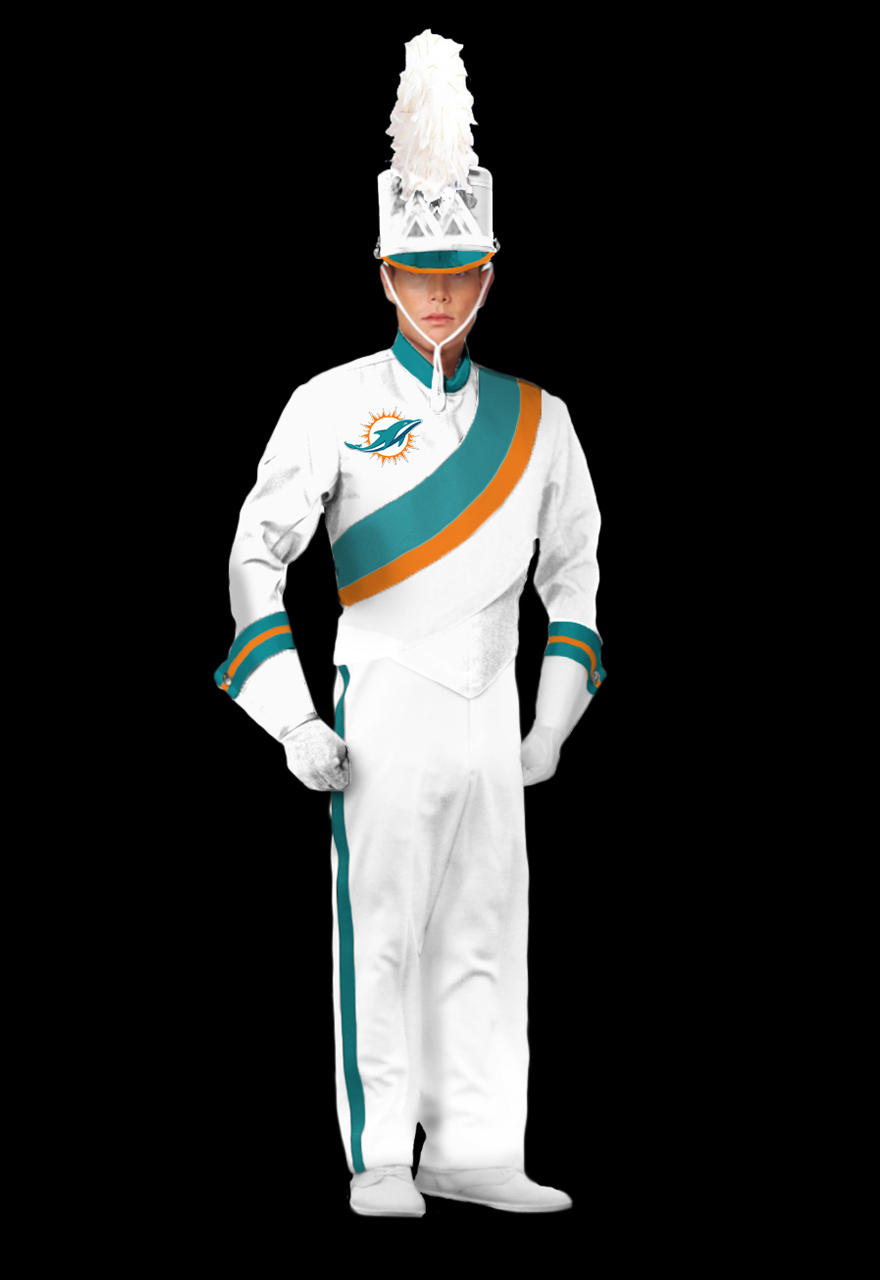 We asked our friend and master graphic designer James O'Hara, alumnus ofthe  Pride of West Virginia (follow him on twitter @YesJamesIsAsian), to show us what it would look like to be a member of a few NFL bands that could exist. Throughout this story we will feature some uniform designs that NFL teams could consider. Maybe NIKE or Under Armour will hire him first to design your next college band uniform.

Let's clarify some things. The target age group for this would really be graduating seniors and young professionals (21-25 years old). It would be imperative to have finished your degree so that you have something to fall back on once you leave the program. There would be a suggested 4-year age out modeled on the DCI age out system. We'd expect this to primarily be done by younger folks because as you get older you want to make more than $50K to support your family. 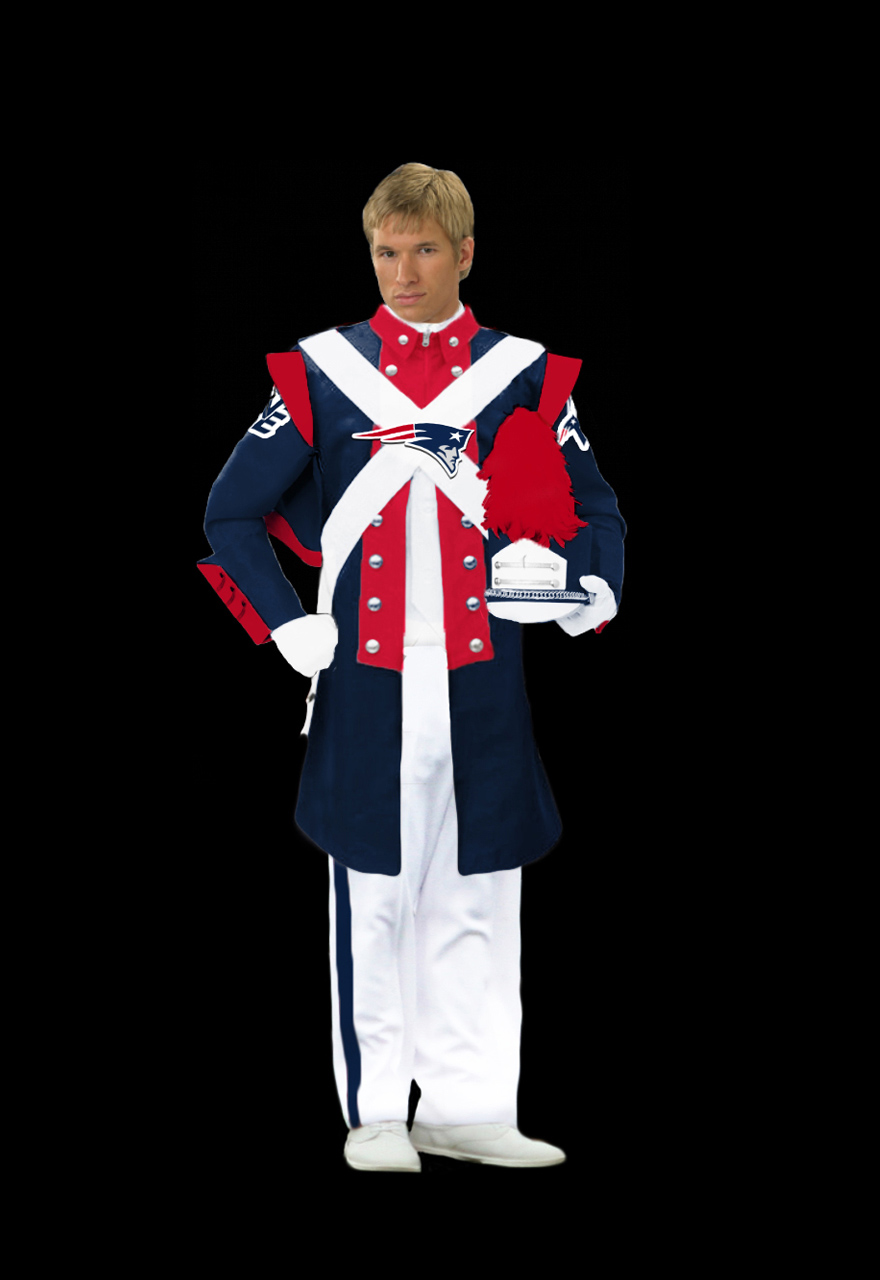 The salary is based on average salaries music professionals make in their first job after school. Most don't even make close to $50K, but the NFL could afford it. Each band would have 6-8 Directors/Staff. Most would come from the DCI ranks or be college band professors first before running an NFL band.

The age out idea would allow for the bands to be competitive each year. People will work harder knowing they only have this for 4 years of their lives. The age out keeps demand for new players high and allows for groups to hit the primary years when young professionals are most likely to have the ability to commit to a job like this. Plus it allows for a draft to exist if you know you have marchers leaving each year. 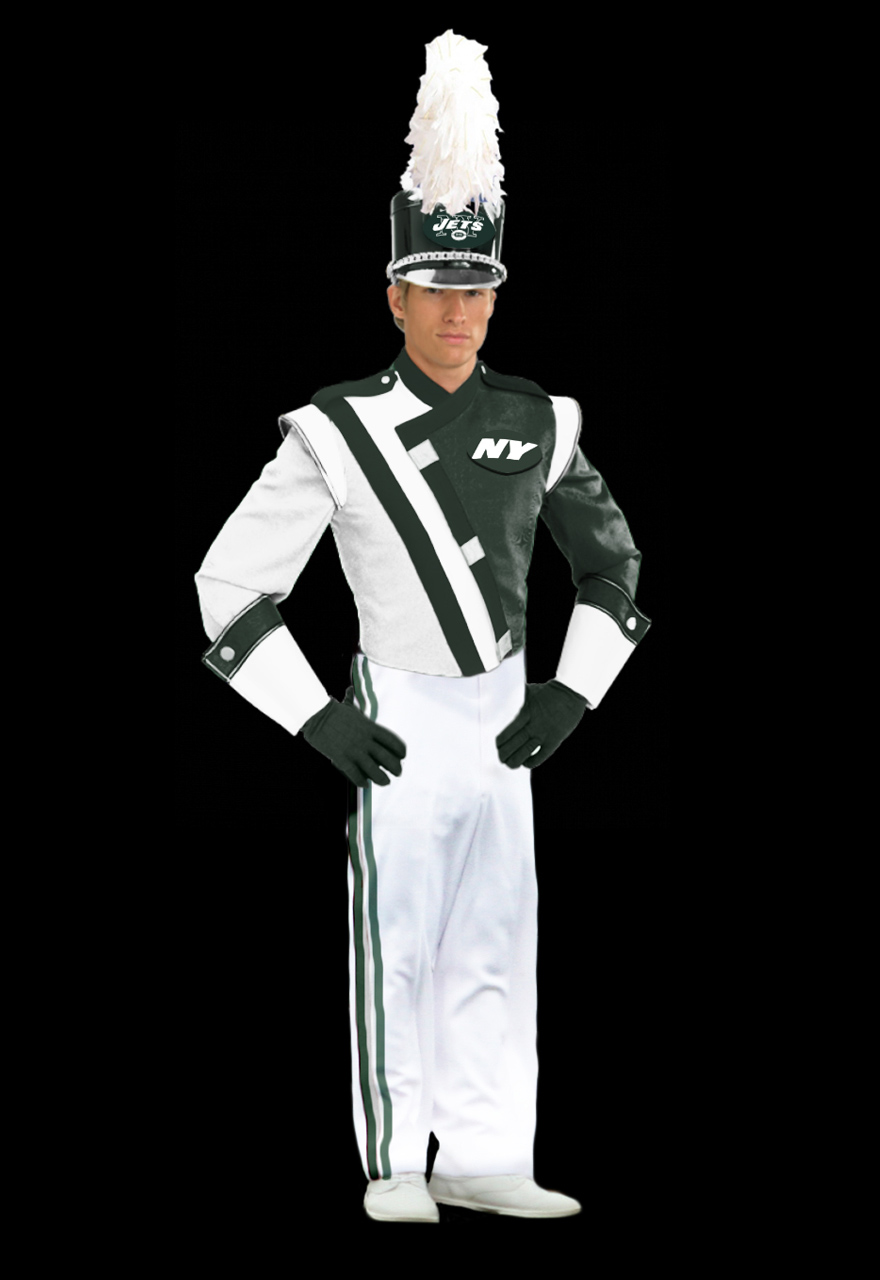 Bands would perform both corps style shows and more fan friendly moving picture type shows to wow the crowd. The use of fireworks, electronic amplification, percussion front, props, etc. would all be allowed. The goal is to put on a fantastic show every week. A pregame show like in college would be performed as well.

NFL teams that have a band will pay for all travel expenses and equipment including uniforms, which could be designed and sponsored by Nike or maybe Under Armour could get in the mix too.

We would expect these bands to be at the level of the top collegiate bands and drum corps. At the Super Bowl the NFL could feature the two bands associated with the teams and let them perform during the weekend at an NFL centered Band Festival, bringing in local high school and college bands form the area where the Super Bowl is played. Or take it up a notch and have all the NFL bands come together for one massive festival that weekend that would surely pack an arena like DCI does at Lucas Oil Stadium for the World Championships each year. 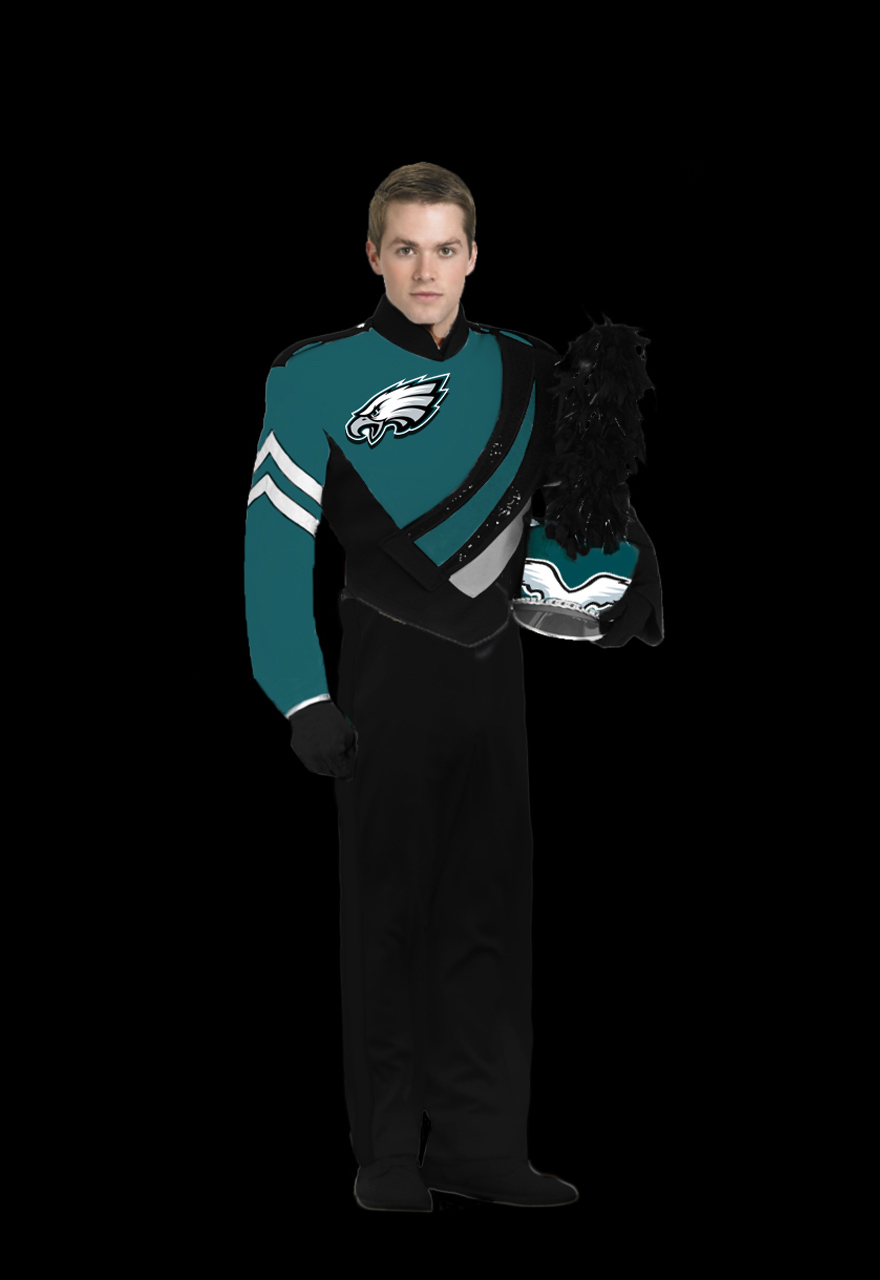 These bands would start band camp in June to be prepared for preseason games and the rest of the year. They would learn multiple shows to be performed throughout the year and continue into the Spring. The off-season would hit in March through May and work the same way as teachers being off over the summer. During this time prospective new members would audition and bands would prepare for camp in June.

Obviously this doesn't exist but if something like this did exist would you be willing to stall your engineering, business or music ed career to march for an NFL team for a few years?

What do you think NFL execs? Call us if you want us to design this out further for you!

Check out some more designs of potential uniforms for NFL bands: 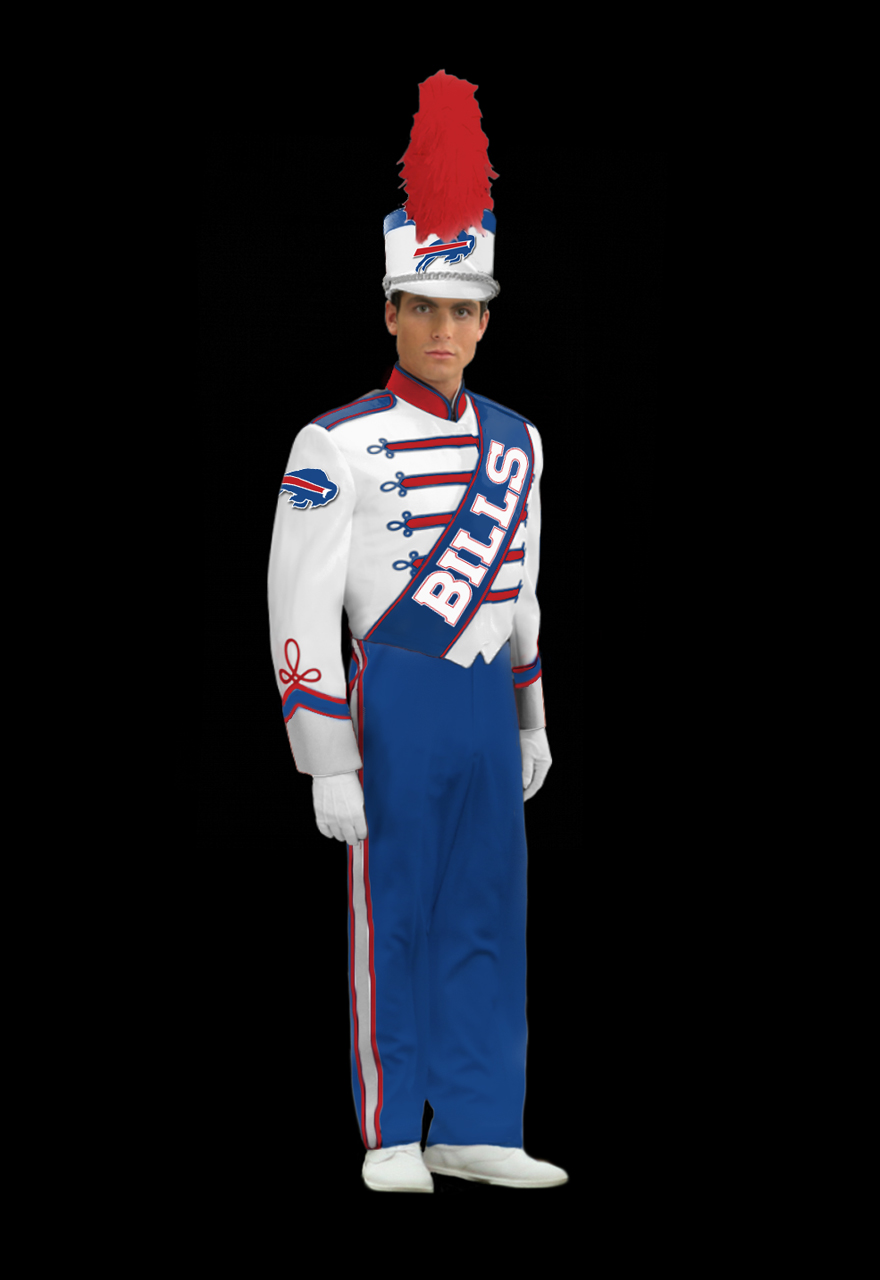 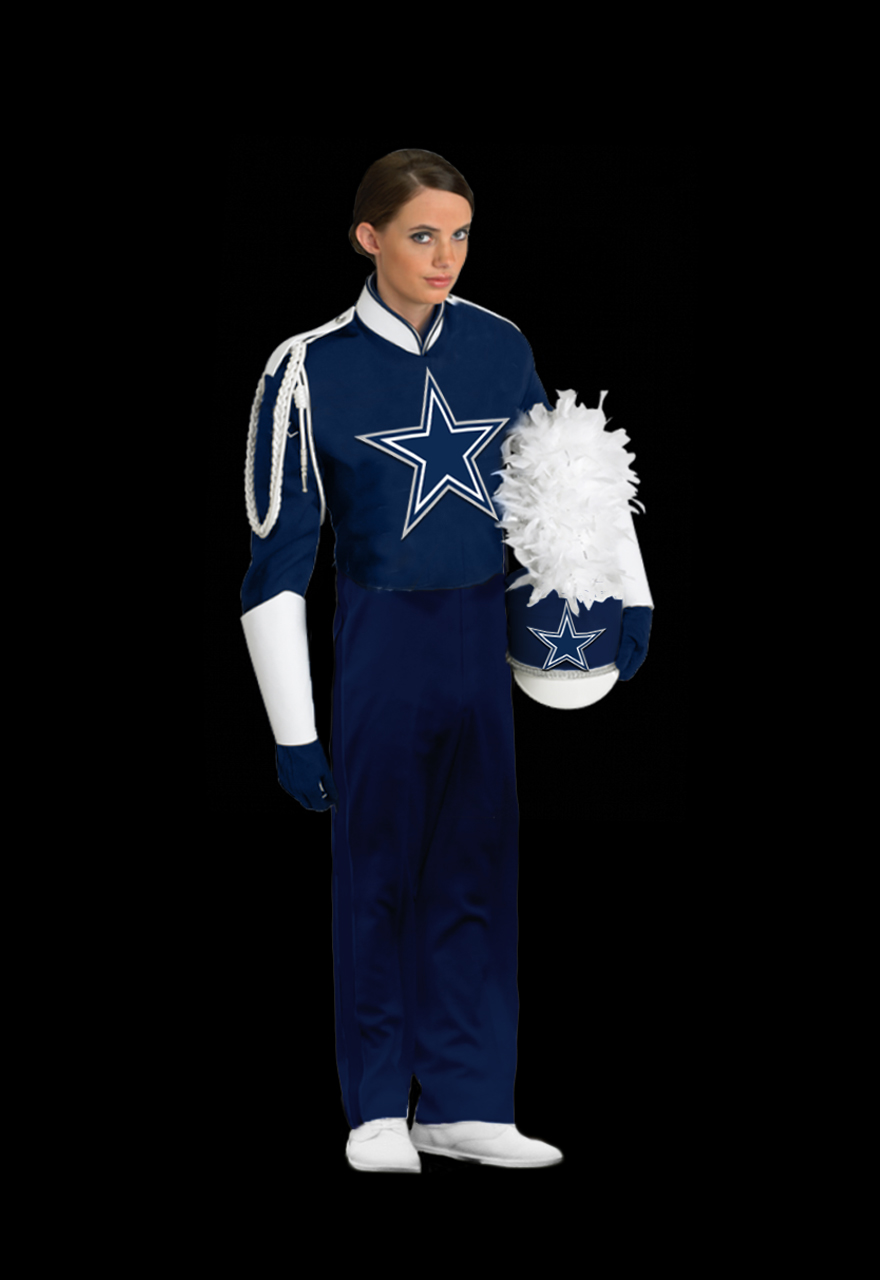 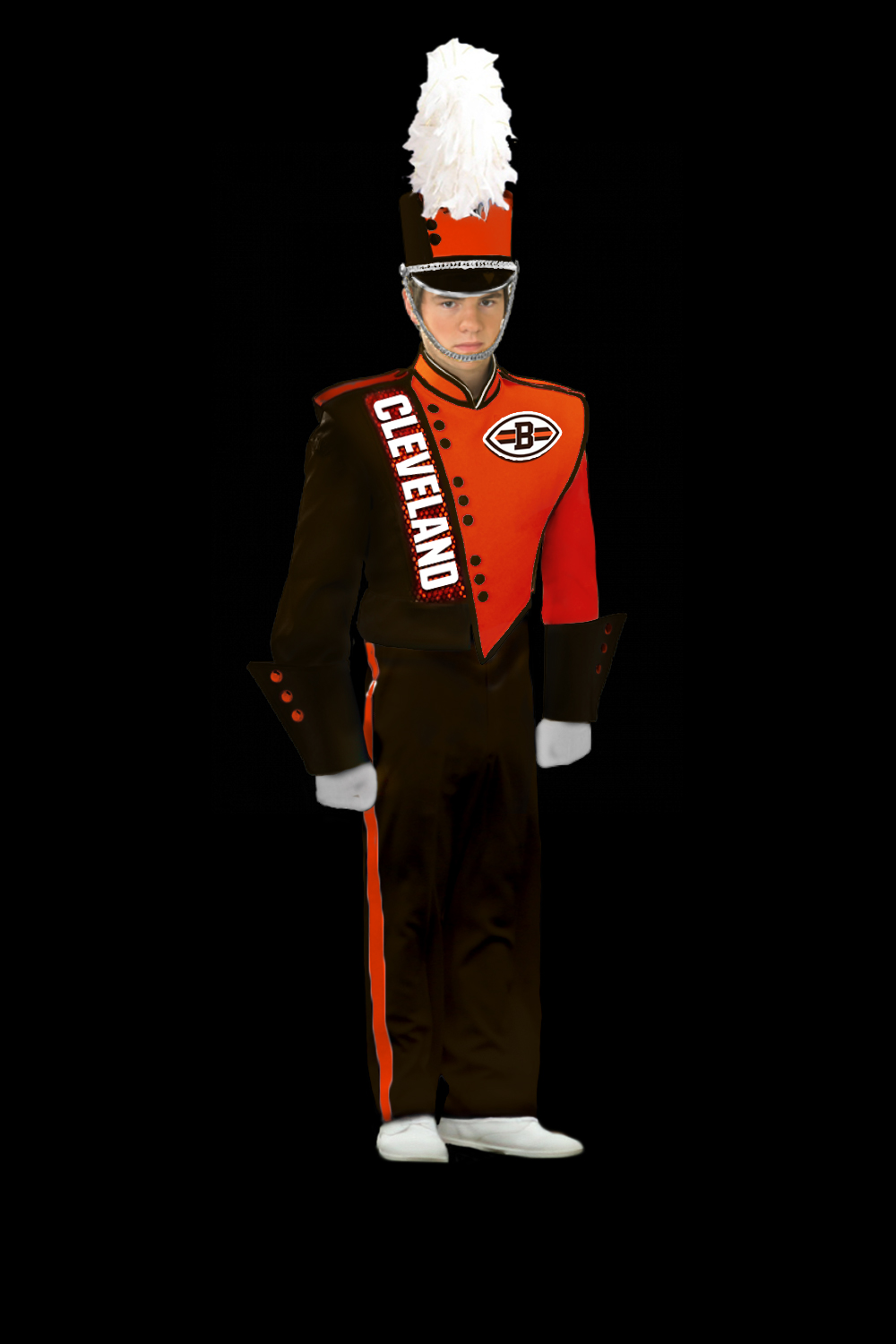 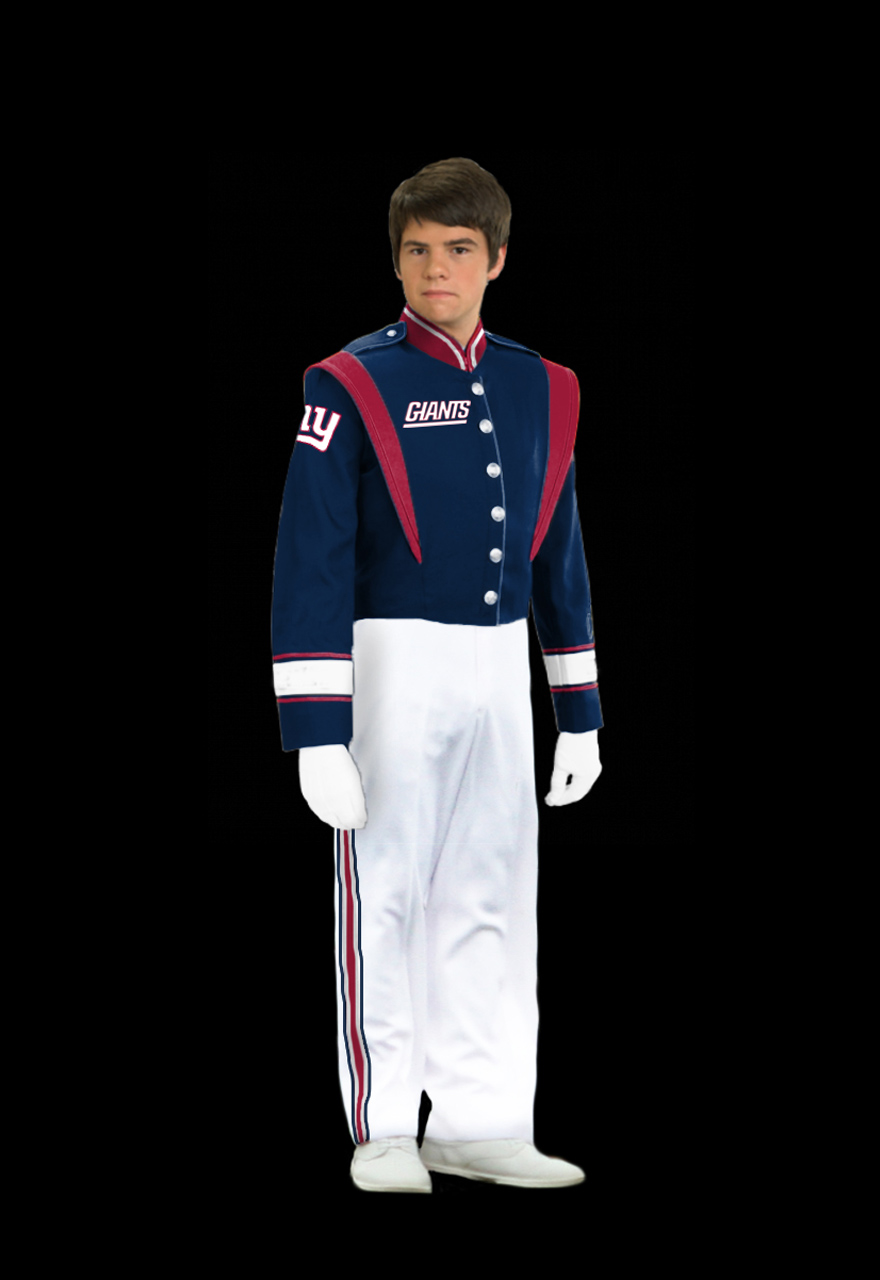 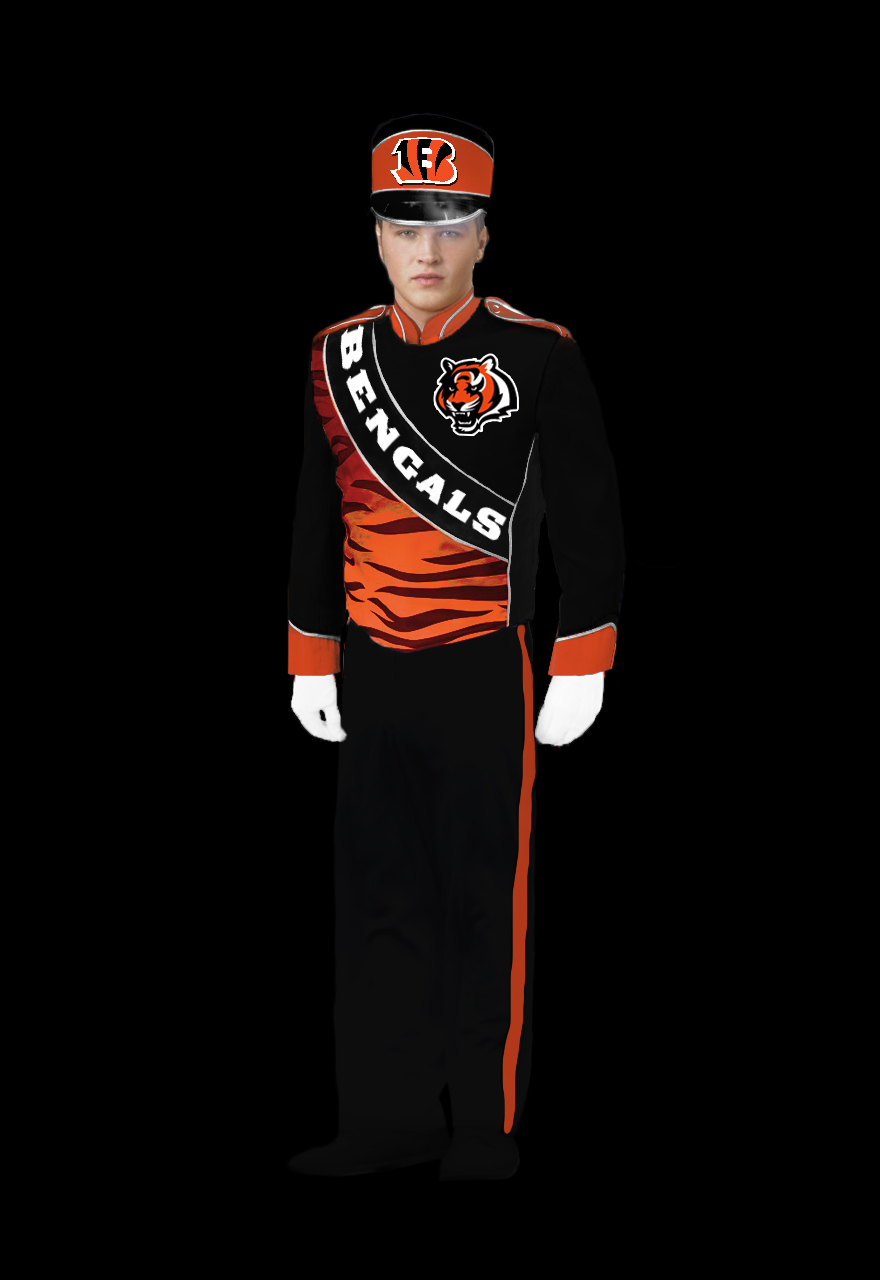