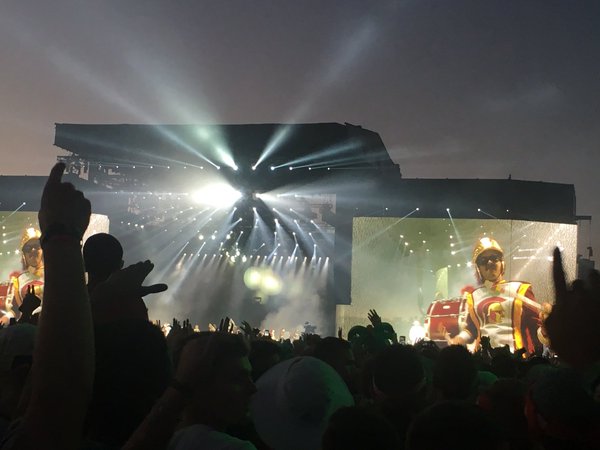 The USC Trojan Marching Band has been known to make appearances at major events throughout the year. Earlier this year they surprised fans with an appearance on Late Night with Jimmy Kimmel and just this past Sunday they opened for Major Lazer at Coachella.


Watch as they rock the stage at the music festival...

Pretty cool. The world reacted as one would expect when a major band surprises fans at an event like that:

Lol they brought out the USC marching band! Dope!

The USC band players are making this Major Lazer set, move those hips

They brought out the usc marching band!!!!