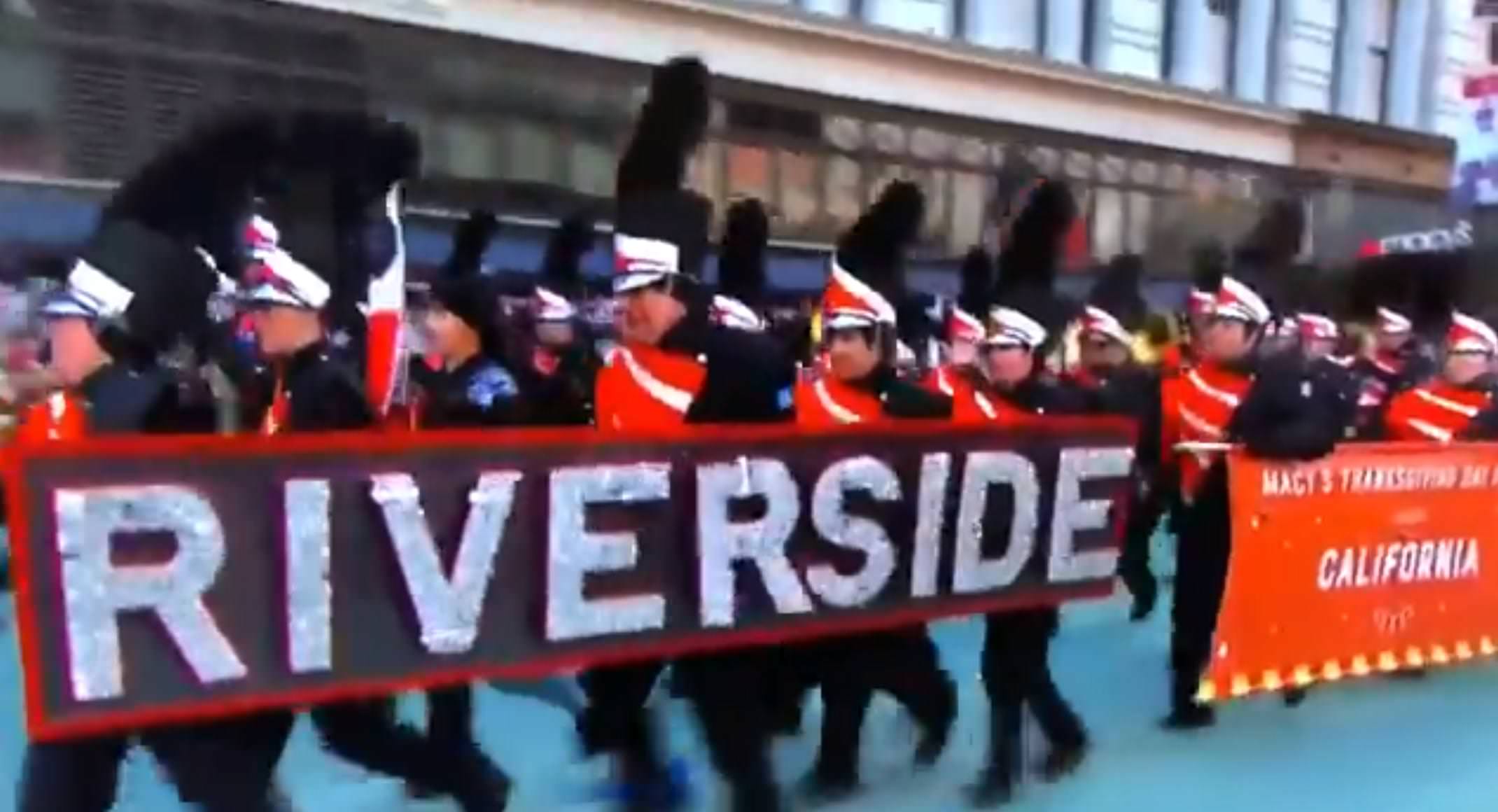 This band came all the way from California to perform in the coldest Macy's parade on record. Hopefully they get a chance to haul out while chowing down on some turkey and stuffing.

Here’s the @rccband84 performance at Herald Square in the parade. 🦃 pic.twitter.com/6UBLwx5PSj