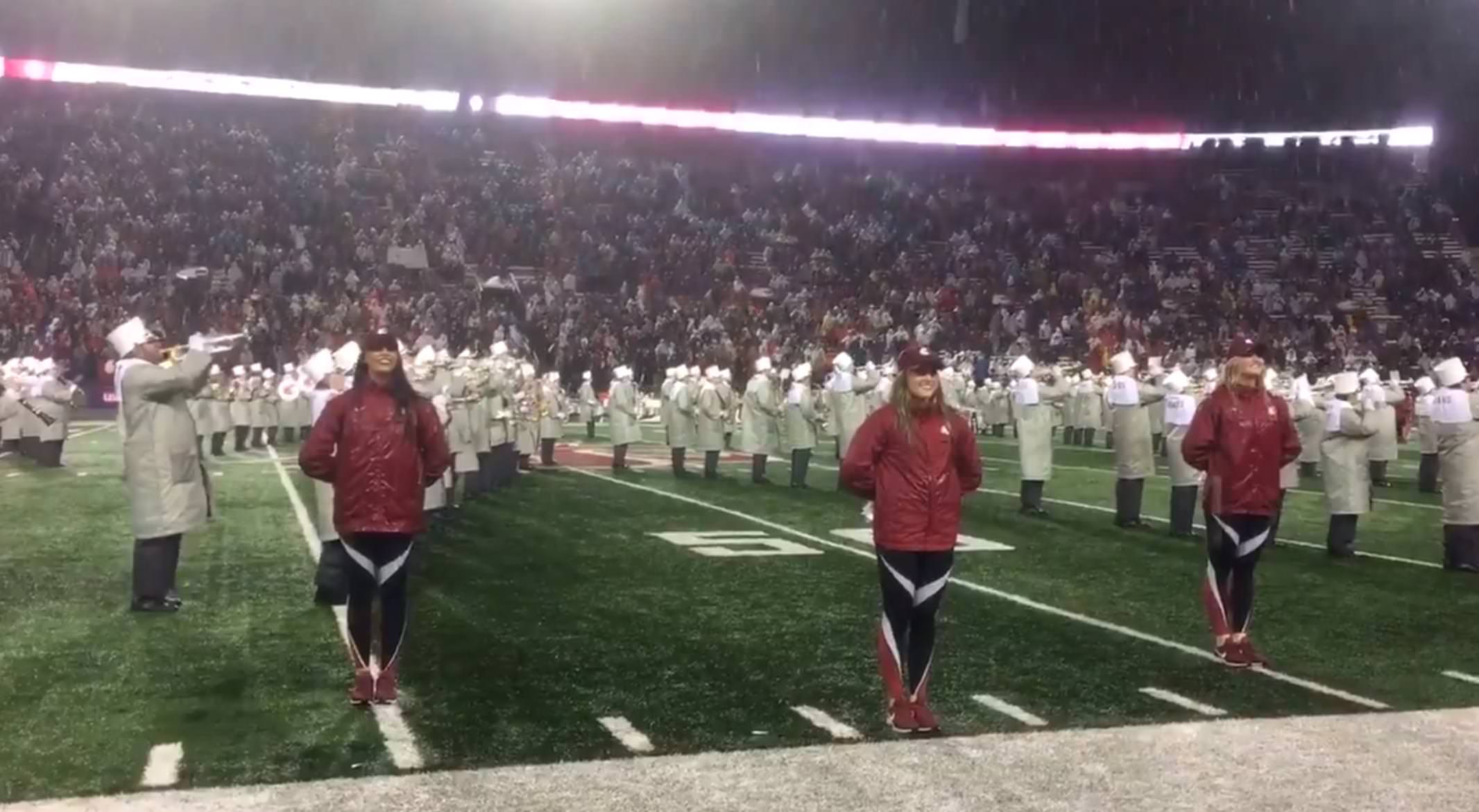 It has been a crazy few days for the University of Washington Husky Band. On their way to Pullman, WA for the annual football game against Washington State, a bus carrying the saxophone and baritone sections flipped on it's side after the bus hit icy conditions on the road.

After more than 40 members of the band were taken to area hospitals, the band made the decision to not continue to Pullman and stay together at their hotel to watch the game as a family. Two members were still in the hospital yesterday and many were still shaken up from the accident.

With them not continuing on to Pullman the Washington State Cougar Marching Band stepped up and promised to honor the band by playing their fight song for the UW team and fans during pregame. The WSU athletics office also agreed to not sell the band's seats to honor them as well.

Without @huskyband in attendance tonight, @WSUCMB played our fight song.

Thank you for putting rivalry aside and showing your support. pic.twitter.com/r3HKCPcpYF

It did not go unnoticed. The Husky Band sent out a video message to the WSU Cougar Marching Band during the game:

Thank you @WSUCMB for your classy gesture at pregame as well as all your love and support! It means so much to the entire Husky Band family! 💜 pic.twitter.com/iCUU57koqn