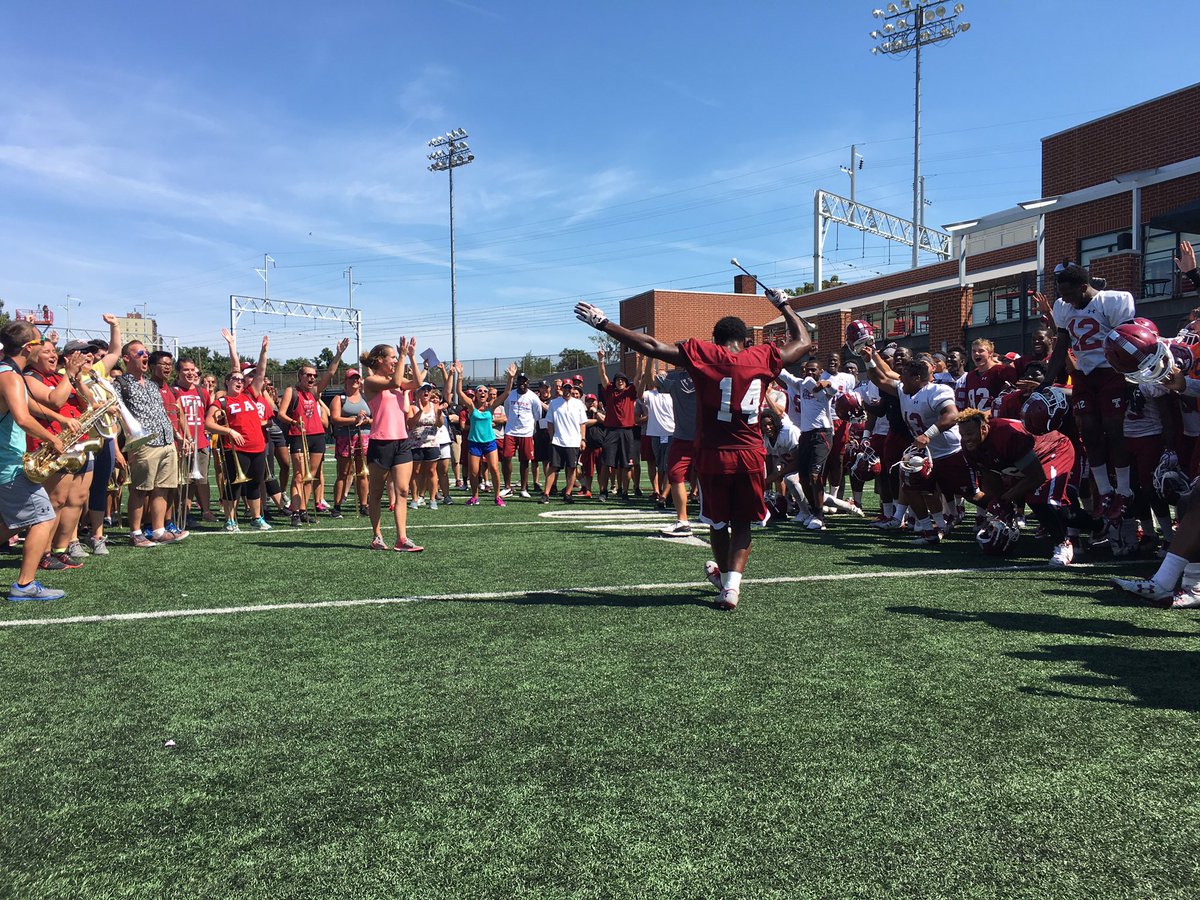 We have seen many schools across the country have their coaches come and say hello to the band during band camp or even have a small pep band go play for the team at a practice or meeting.

A few schools were lucky enough to have the entire band and entire football team interact with each other.

Temple University is one of those schools. Head football coach Matt Rhule decided he needed to inject some fun into a Temple football practice session so he called up an old friend, the Temple Band.

What happened next is just awesome.

No more running if you can match the feature twirler's skills?

Coach told Brodrick Yancy if he could catch a baton like @BaileeRussell11, the team didn't have to run. Money! pic.twitter.com/fVgBHlVEDv

More video of the band's arrival to practice:

Love it all. Great to see the #OneTeam mentality in full effect.