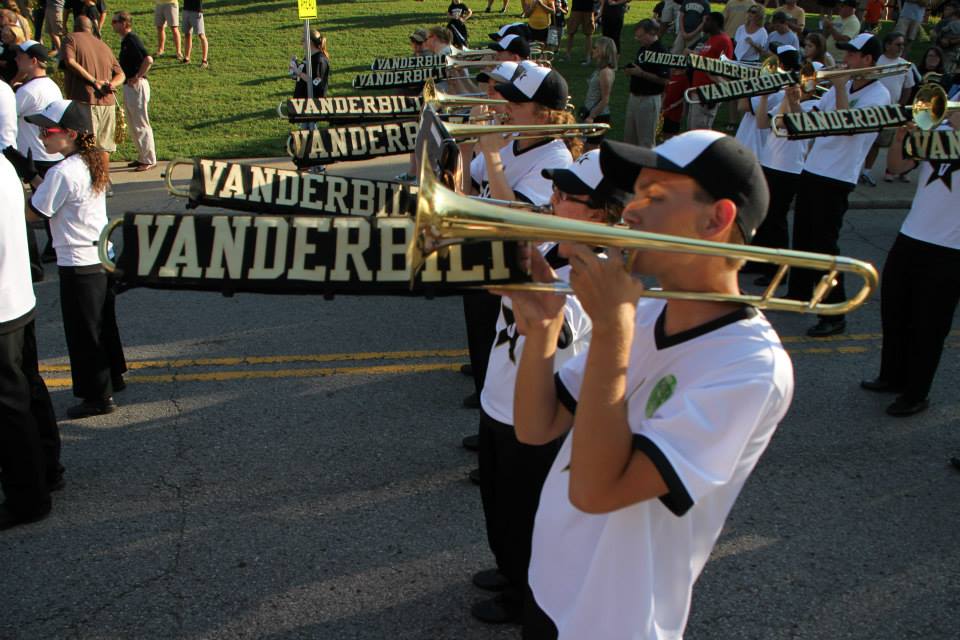 Vanderbilt has announced that the Spirit of Gold marching band will be allowed to march at halftime on October 22nd for their homecoming game against Tennessee State.

The plan originally was for the Tennessee State band to march at halftime for about 3 minutes and then have the school do their typical homecoming festivities that would leave the Spirit of Gold on the sidelines. We have learned that Tennessee State and Vanderbilt will both play.

The statement came late Monday night after pressure from fans and alumni mounted heavily against the school and athletics department.


The statement said that "both bands" will perform at halftime.

Many TSU band members showed the Spirit of Gold support over the last few days and even said that they'd be happy to let Vanderbilt march at halftime instead of them.

This story is still developing and we will continue to monitor it and update you when new information becomes available.