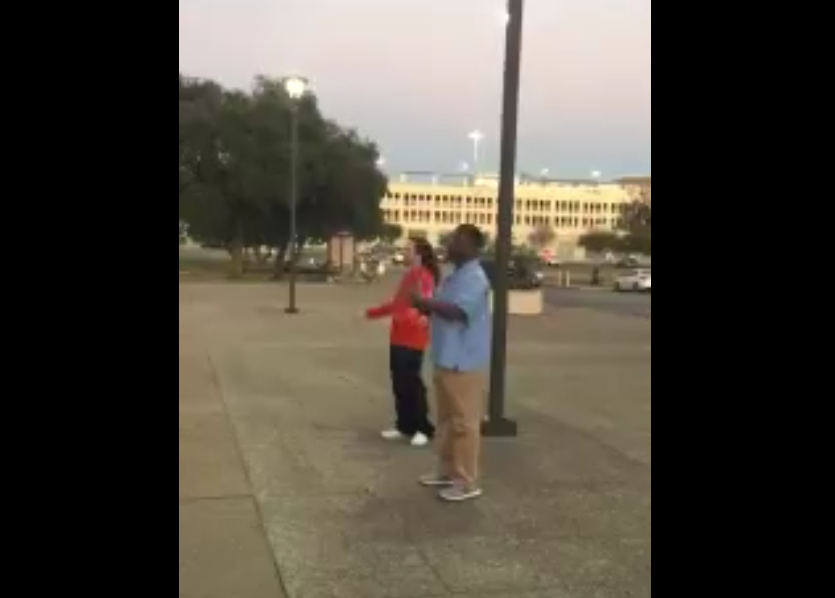 The UTSA Spirit of San Antonio is one of our favorite band programs. They just finished their 6th season and attended their first bowl game. To say that there is excitement on campus for football and the band is an understatement.

With so much excitement and passion towards the programs it has become very natural for the band and team to have a strong relationship. They need each other to succeed.

Their head football coach Frank Wilson recently decided that he wanted to see what it would be like to taker over Director Ron Ellis' job for a performance and conduct the band.

One thing we do need to address right away though is he called them the Pride of San Antonio...they are the Spirit of San Antonio. We'll take it though! Thanks Coach Wilson for your support of SOSA.