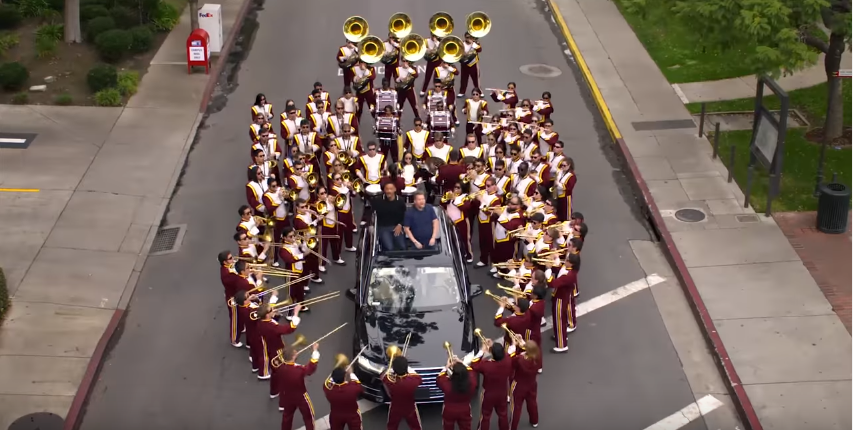 The Spirit of Troy are back at it again and this time they popped up on a the new Apple Music series "Carpool Karaoke" starring Will Smith and James Corden.

Watch as Will and James break into "Gettin Jiggy Wit It". As they sing through the song, James stops and says he's been working on his surround sound system.

The USC Band marches out and surrounds the car as they drive down the street and sing.

It starts right at the top of this video: