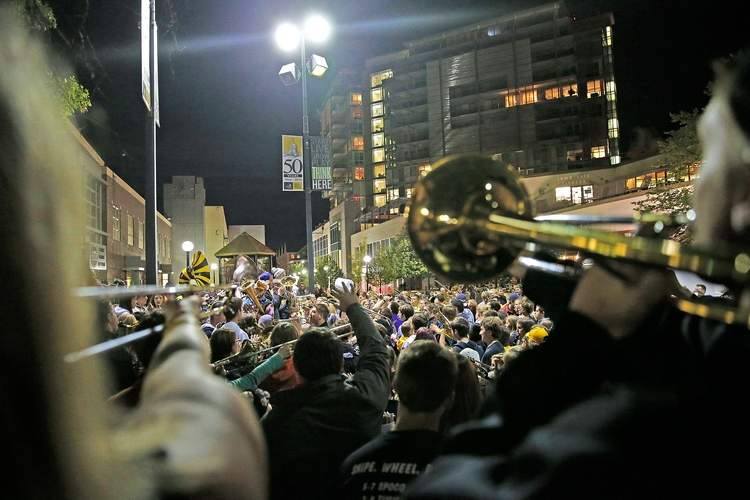 University of Iowa's "Beer Band" pulled off the street

October 7, 2015
Tweet
On Friday nights before home games, members of the University of Iowa Marching Band and alumni travel around to local bars to play fight songs and sing drinking songs to get fans fired up. A tradition that started in the 70s has now grown into a home game highlight for generations of Hawkeyes. However, over the last few years the band has come under fire for vulgar alternate lyrics to other B1G school fight songs similar to the ones that got Ohio State in trouble a few years ago. This year the band and school pulled the plug. Technically the Hawkeye band is not affiliated with the "Beer Band", but current members and alumni are the ones who direct it and play in it. Will the "Beer Band" return? It seems like it could, but only if they clean up their act.

Many schools send small pep bands to perform at bars or student camp outs before games. There is nothing wrong with these bands performing and getting fans fired up, but the community sees everything that these bands do as a reflection of the entire band program. Any vulgarity is sure to paint the band in a bad light and shouldn't be tolerated. Go play at the bar, just keep the alternate lyrics at home.
The fans will still love you.