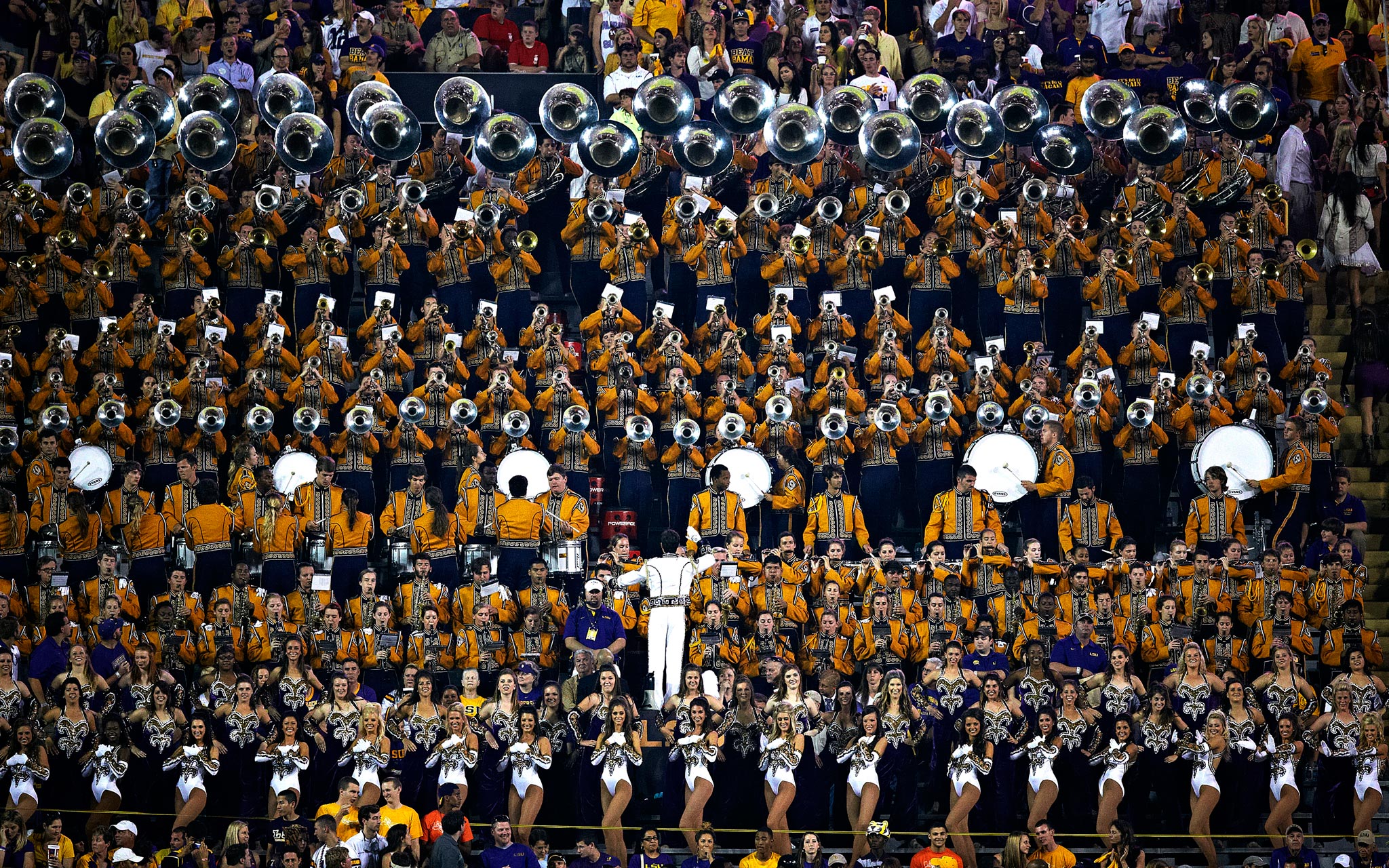 Director of the LSU Tiger Band, Roy King, was put on administrative leave today according to university Spokesman Ernie Ballard.

This comes as information has been brought to light today that administrators and HR personnel have been investigating his actions for the last three months, but so far there have been no signs of any wrong doing.

We were told by multiple sources that they believe this is a result of a broken relationship between King and the upper management of the School of Music and possibly Athletics in regards to funding the band receives each year.

Last year the band's annual concert Tigerama was almost canceled due to budgetary concerns. Sources also told us that in-fighting within the School of Music and the Tiger Band have been going on for years. Funding for the band actually comes from Athletics not the School of Music which makes the decision today even more interesting.


Garrett Kessling a senior graduating Tiger Band member told us that the band has been pretty much kept in the dark about what is going on and that everyone "just wants what's best for the band".

"We don't know what or who to believe. It's definitely raising concern among us, but we are sticking together and believe everything will be resolved. We just hope that this doesn't negatively impact the school of music or the Tiger Band as both are great organizations," said Kessling.

We spoke with multiple alumni about the news today and they were split on their opinions of the decision to put King on leave. Two alumni we spoke with said this move didn't come as a surprise and that they believe the band has fallen far from where it used to be in relation to other SEC bands. Another told us that in the past few years he has seen a continual decline in the quality of halftime show performances and believes that the lack of creativity comes from the top. On the flip side multiple alumni voiced their support for King and on twitter the hashtag #FreeRoy has been passed around. Last season the LSU Band almost gave up three of their halftime shows to play with musical acts at their games. While it excited members and students at the school, one of the alums we spoke with called it "a desperate grab for attention from a sinking ship". Only one of those acts actually happened as the band performed with Three Doors Down late in the season.

According to an Article by The Advocate out of Baton Rouge, King's attorney, Jill Craft, said that the administration called the band "the laughing stock of the country" in meetings.

The band was praised nationally this past season for it's efforts to support the Carolina Band out of the University of South Carolina when the USC band couldn't make the trip to Baton Rouge after the football game between the two schools was rescheduled to be played at LSU as a result of flooding throughout South Carolina. The Tiger Band learned the USC fight song and the Alma Mater for that game.


King has been the Director of the Tiger Band for five years and has been part of the program for 18. He is also an alumnus of LSU and marched in the band as a student.

It is hard to not be reminded of the Les Miles situation earlier this year when LSU Administrators nearly fired their Head Football Coach and then at the last minute decided to keep him.

LSU is going through a hard time right now when it comes to their finances. Louisiana Governor John Bel Edwards is faced with a $940 million budget deficit this year that will have a direct impact on the university.

“Without legislators approving new revenue this special session, some campuses will be forced to declare financial bankruptcy, which would include massive layoffs and the cancellation of classes," said Edwards.

“If you are a student attending one of these universities, it means that you will receive a grade of incomplete, many students will not be able to graduate and student athletes across the state at those schools will be ineligible to play next semester. That means you can say farewell to college football next fall.” Edwards has to balance the budget by the end of June.

The financial crisis facing public institutions like LSU may have played a role in today's decision to put King on administrative leave, although King's lawyer, Jill Craft, said she believes this is a "witch hunt".

We'll keep you updated as this story continues to unfold.