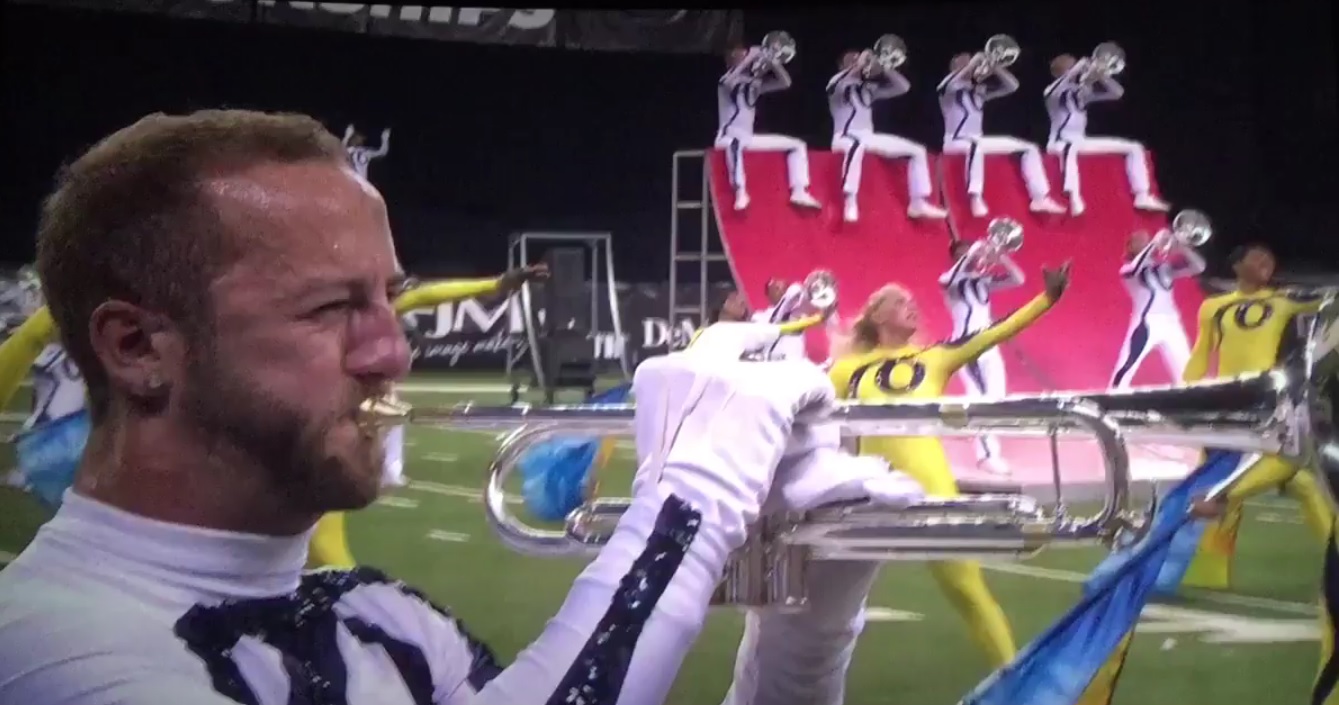 The Wink That Rocked The DCI World If you missed Big, Loud, Live this year you missed another wonderful year of drum corps performances. By Saturday night a new DCI World Champion will be crowned and the drum corps world will begin the long wait until next spring to satisfy their hunger for more DCI performances.

We've learned over the years that the smallest details matter in a DCI show and even the smallest gestures of one's own body could make or break a championship season.

Last night during Big, Loud Live national audiences across the country sitting in movie theaters were treated to a spectacle of performances led by the front runners, the Bluecoats.

During their performance a Bluecoats trumpet soloist pulled off the moment every trumpet player dreams of doing. Destroy a high note, find a video camera that is only focused on you and break every girl's or guy's heart by winking straight into the lens.

You gotta see this:

Best shot of the night by Tom Blair & the @DCI crew. That wink! @Bluecoats #dci2016 pic.twitter.com/PvEixDXW8I

Naturally the internet lost their mind and tweets from across the country started pouring in:

The @Bluecoats trumpeter who screamed and then winked at the camera just won the day. Beast! #dci2016

The bluecoats are gonna  get 1st just because of that wink

@Bluecoats WINK ON POINT I think I just got pregnant from those trumpet solos in the #PinkFloyd movement. #dci2016

Shout out to the sly Bluecoats trumpet soloist who snuck in that wink to the camera.

@bluecoats GIVE THAT MAN A MEDAL FOR THAT CAM WINK

Can you say swag?

Good luck to all the corps as they march towards the end of their season.