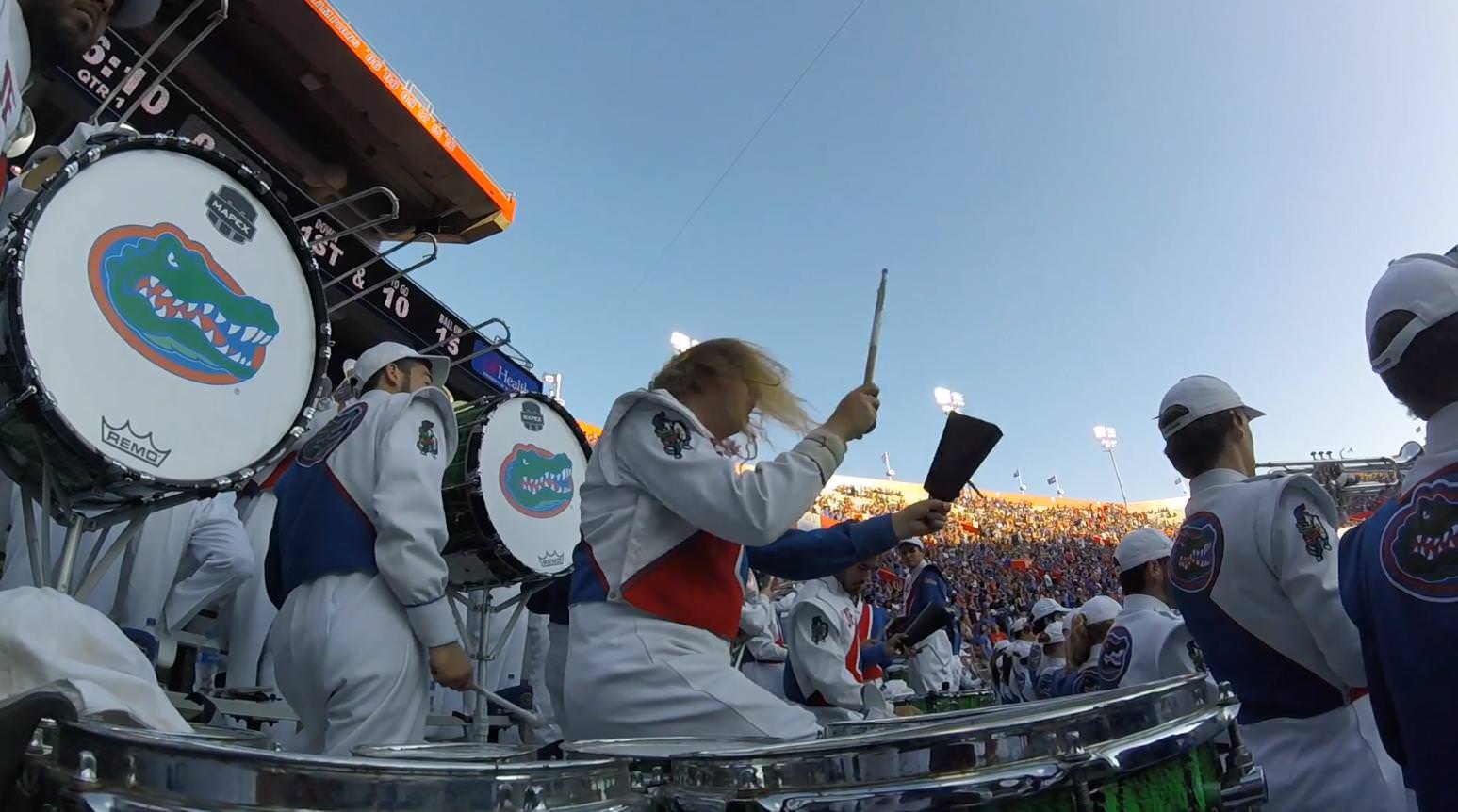 The Legend of the Gator Band Cowbell Player The University of Florida Gator Band is one of the SEC's top band programs. They are rich in tradition and have a storied history. Not to mention the talent in the band is exceptionally high.

Especially in their percussion section.

This year one member of the band has single-handedly put the band on his shoulders and carried them to internet fame.

He is an ordinary man with not so ordinary hair and a flair for the dramatic. His Thor-esque locks make him easy to spot in the stands, but it's the way he plays his cowbell that is truly the magic. He is known by many names: "Cowbell Guy", "The Head Banger", "Fever Reducer", "The Reaper" and more.

Losing countless brain cells during each performance as his brain slams from side to side inside his skull, his sacrifice is noble. Like a gladiator in the Coliseum he risks it all.

His legacy will be cemented forever in The Swamp and on memes for us all to enjoy.

He is the hero we never knew we needed. The one who can unite even the greatest of rivals together around his art and rhythm. We can only assume that his next appearance will be in Justice League 2 as they attempt to save the franchise and infuse it with a new era of heroes.

And as the 2017 Gator Band season comes to a close we will never forget him.

Return to us soon.