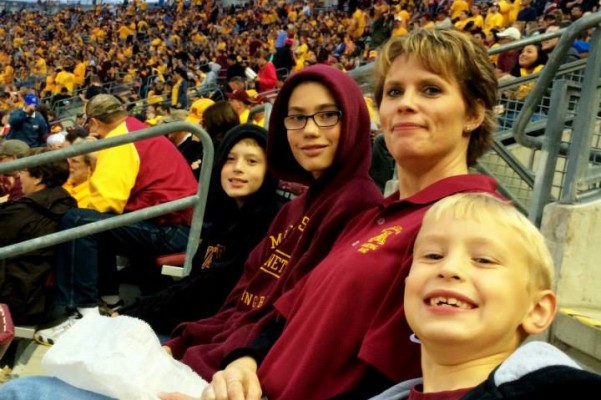 The Best and Worst of the 2015 Marching Season

January 13, 2016
Tweet
The 2015 marching season was one for the ages. No one could have predicted the amazing, bizarre and heart warming moments that came from bands across the country. From spaceships to photo bombs to the power of the band family, 2015 will be remembered as one of the best and well craziest seasons in marching band history.

The season started on Thursday September 3rd and all was well and quiet. By Saturday September 5th the band world had been flipped upside down. One of our own, the Kansas State Pride of Wildcat Land was under fire for this formation:


This caught the attention of everyone and their mother from jokes on late night television to ESPN and beyond. The firestorm was brutal and unfortunately too many non-band analysts were the ones making decisions. Director of the K-State Marching Band, Frank Tracz, was suspended and the band was fined $5000. The band world rallied around the KSU band and within hours a GoFundMe was started which raised over $12K in it's first day to help pay for the fine.

When you watch the band's full show you can see how incredible of an opening performance it was and how there clearly was no intention by the band to do anything inappropriate.

Once the dust settled after the Kansas State debacle, the season really took off with some amazing performances and moments.

Bands on the road

Ohio State journeyed to London to play during an NFL game and blew away the British crowd:

NCA&T and UNC teamed up for one of our favorite halftime shows that absolutely shocked fans and left the entire stadium in a standing ovation. Fast forward to the 5:43 mark to see both bands perform together:

Western Carolina University and Jacksonville State University once again proved why they are two of the best band programs in the country. It is tough to match their power and precision. If these two bands were to ever meet at a game, people would be trying to climb the walls of the stadium at halftime to watch them battle on the field. Whew they are good and HUGE!

Let's not forget these monster performances from some schools that you may never have heard of before...

Troy University Sound of the South:

University of North Alabama the Pride of Dixie:

On October 10th the South Carolina Gamecocks were scheduled to host the LSU Tigers for their football game. A hurricane caused the game to be moved to LSU which meant the USC band would not be able to play for their team. Enter the LSU Tiger Band. The band played the USC Alma Mater at pregame and also played the USC fight song after each score so the players felt like they were at home. It was a great moment in college football.

Later the USC Band would team up with the Clemson Tiger Band to remember the Emanuel Nine victims who lost their lives in the shooting in Charleston, SC. The bands spelled "SC Strong" together.

The Wisconsin Badger Band showed how awesome the Band Family is by surprising one of their big fans who finished her final treatment of chemotherapy.

The Texas Tech Goin Band challenged the Baylor Golden Wave Band to find Bone Marrow Donors with the Be The Match Campaign. Over 30 bands are now participating in this great effort to save lives.

The military is always a hot topic to salute each year and Penn State wowed their crowds by saluting the Vets . They even impressed ESPN:

Bandoween, the Best Holiday of the Year!

Halloween was a spooky good time with Arkansas, Washington, Purdue and Florida State leading the way:

It was another special year for the Michigan Marching Band as they not only saw their football team bounce back under Jim Harbaugh, but also teamed up with the NY Philharmonic in an amazing display of orchestral professionalism and marching band magic:

Remembering Those We Lost There are always sad moments in band and no we aren't talking about marching your last game. This year we remember legendary Jacksonville State University Director Dr. David Walters who led the Marching Southerners for 30 years. We also remember Toni Diem, the wife of Tim Diem the Director of the Minnesota Marching Band who lost her battle to cancer. Last year thehe band community rallied to raise money for the family to go to Disney. In 2015 they got to take their trip and were incredibly thankful to all the donors from the band world. We also remember Zack Ho Lung from the Florida State Marching Chiefs. On October 8th the band community mourned the loss of Zack who was a senior sousaphone player in the band. The Chiefs weren't the only ones who remembered Zack. Sousaphone sections across the country showed their support for the Marching Chiefs by wearing ribbons in his honor. This one from the Alabama Million Dollar Band was one example.

As the season progressed we watched as band couples decided to take the next step in their relationships and some did it in some pretty amazing ways. The most impressive was this current band couple who used halftime as a way to do their first look before they got married! The Minnesota State Maverick Machine Marching Band was responsible for their great moment on the field:

Nothing beats a good band proposal like this one at WVU where the drum line coordinator proposed to the cymbal coordinator:

Or this one at Wisconsin in the Badger Band:

God band couples are the best.

Then there was the crazy. Like this Iowa band member at the B1G Championship game who quickly went viral:

The entire Iowa band may be playing it up for the camera now, but remember - This fine human did it first. https://t.co/osnpAxMKmn

The Harvard band spelling out something interesting...

And of course the Stanford Band's FarmersOnly.com performance at the Rose Bowl which has now caused the Bowl to review it's halftime policies. THIS IS WHY WE CAN'T HAVE NICE THINGS!

No one topped USC though with their intro by Mark Hamill himself!

The March to the National Championship

Bowl season capped off the year by celebrating some of the best shows of the year and put bands on a grand stage at the National Championship game thanks to ESPN broadcasting the pre game and halftime shows of both bands on TV and online.

We watched the MSU Spartan Marching Band celebrate the Marvel Universe with their show that went viral during the season:

The Ohio University Marching 110 danced their way to the Camellia Bowl: And the North Dakota State Gold Star Marching band Seniors graduated as 4-time National Champions in the FCS. Not a bad way to end your marching career!

Now band members face the same issue all marching band members have ever faced in the spring semester... what do I do with all my free time?!?

Don't worry, band camp will be here before you know it!

Will 2016 top 2015? We will just have to wait and see. What we can tell you is that there certainly will be no shortage of amazing halftime shows, bizarre moments and heart warming stories. That we can guarantee! Don't worry we'll be right in the middle of all the action so you don't miss a thing!