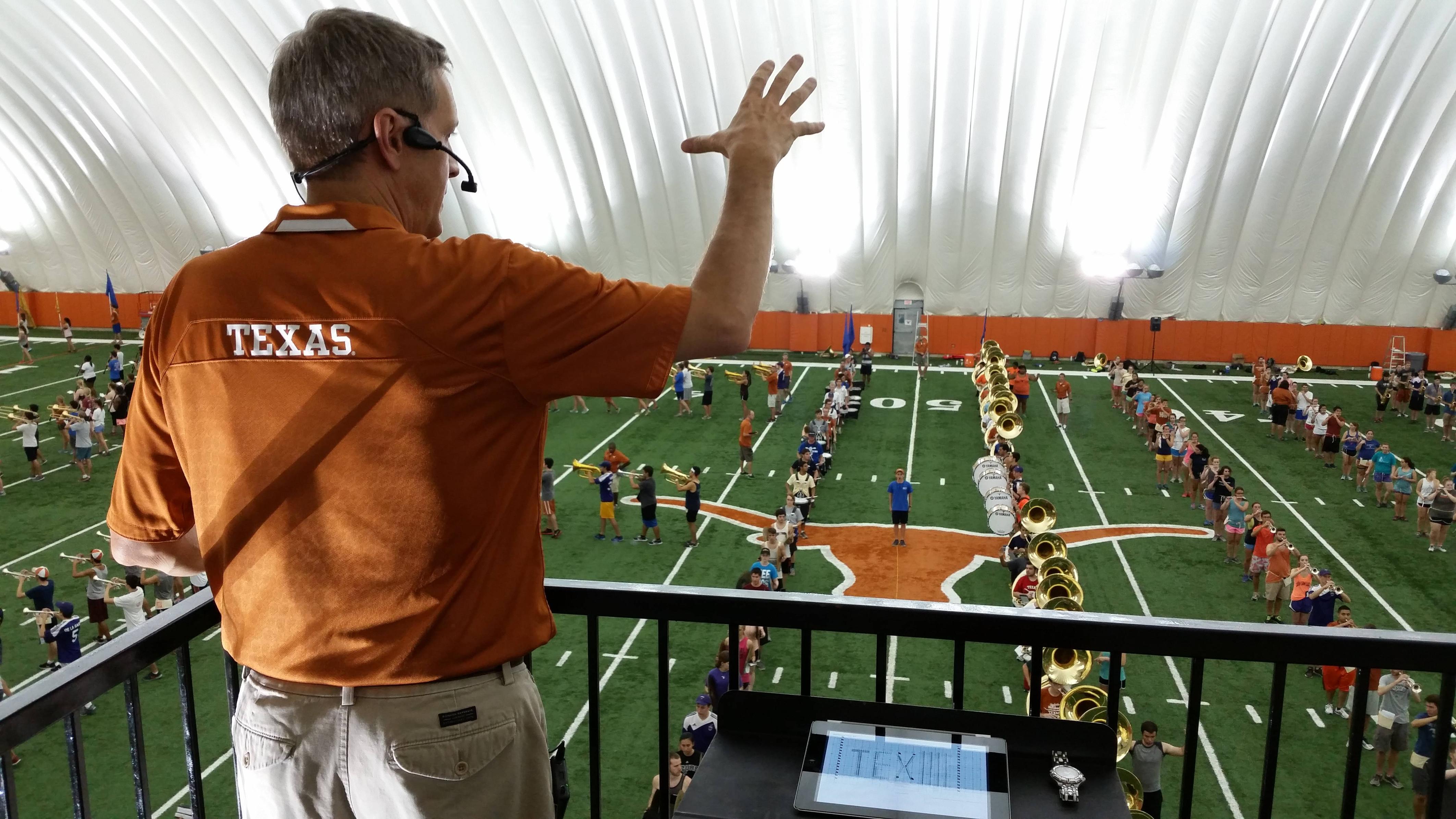 The Texas Longhorn Band is moving! The band has sat in the south endzone for as long as we can remember which has not been ideal for both the band and fans. The south end zone has allowed for easy access on and off the field and provided the band with lots of comfort at games, but it really detracted from the band's ability to lead the student section and create a top tier collegiate football experience.

Well say no more because the band will be moving to the northeast corner of the stadium dead center in the heart of the fans. This is the beginning of what we have heard is a new plan by Athletic Director Mike Perrin to revamp the in-game experience for Texas fans. He hopes to make Texas the premier collegiate environment for games and has circled the band as a primary factor in his plan. Eventually we could see the student section shift to flank the band on both sides which would look very similar to the set up Penn State and other big universities use with their band and students.
This is great news for the band and the area should provide great acoustics for the band to be heard loud and clear across the stadium.

The band released a video to get fans excited about the move:

September 3rd is Moving Day for the Longhorn Band! Where to? Find out below...#HookEm #TexasFight pic.twitter.com/gxSKQ9V0Li

You'll be able to see them in their new home in the stadium for the first game against Notre Dame and at the spring game in April.