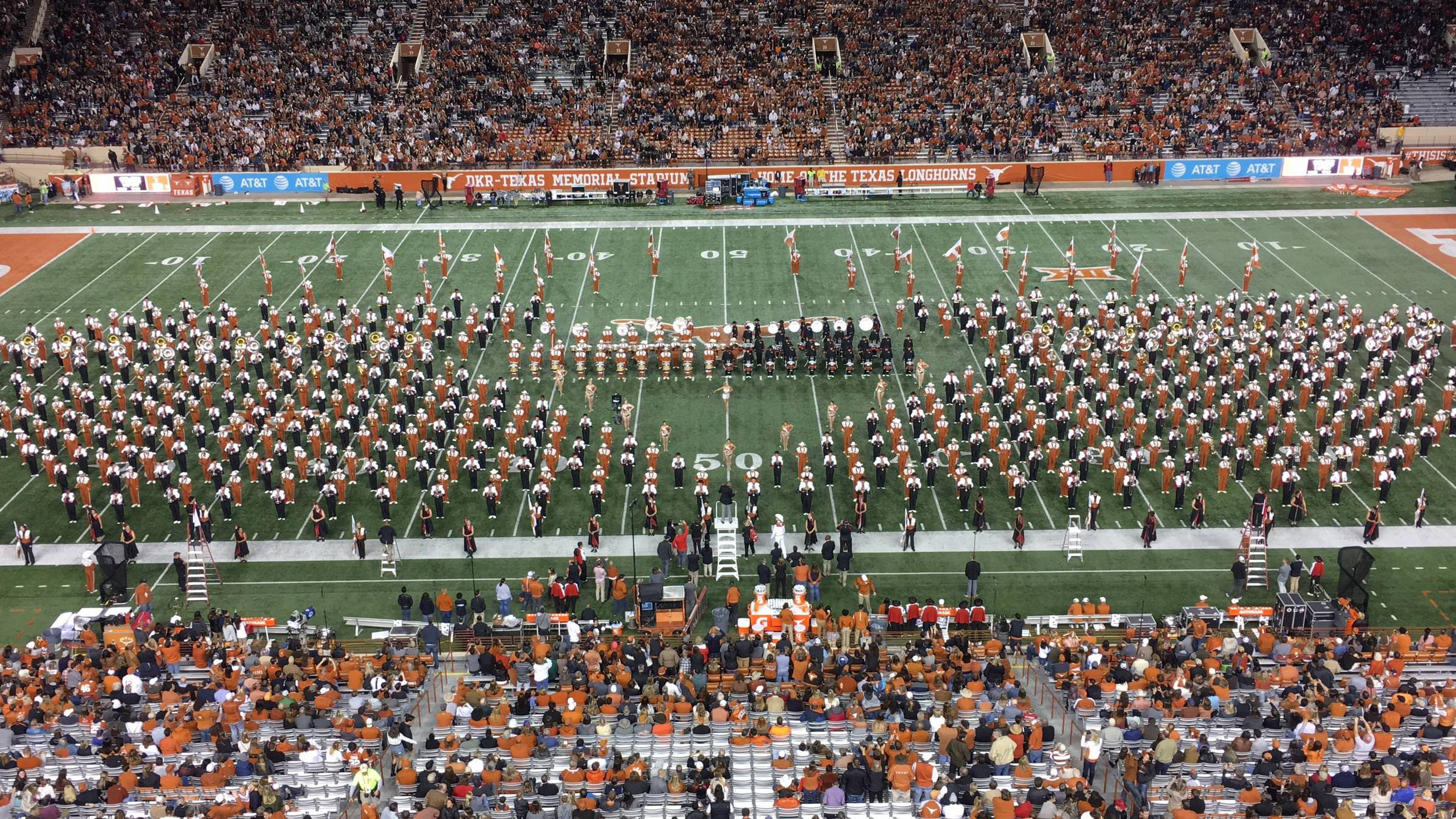 The Texas Longhorn Band hosted the Goin Band from Raider Land Friday night during their big rivalry week game. While the players may think of themselves as rivals, the bands certainly do not and they demonstrated that at halftime.

After both bands had finished performing their own shows the Goin Band joined the Longhorn Band in an epic finale.

Combining forces to make a 700+ member wall of sound, the bands performed a concert of 1812 Overture including actual canon shots and fireworks.

The fans were completely shocked to see the bands combine together. Once the last note rang through DKR stadium all fans no matter who they supported shot to their feet to applaud the fantastic performance.

Here's the combined performance from hafltime: