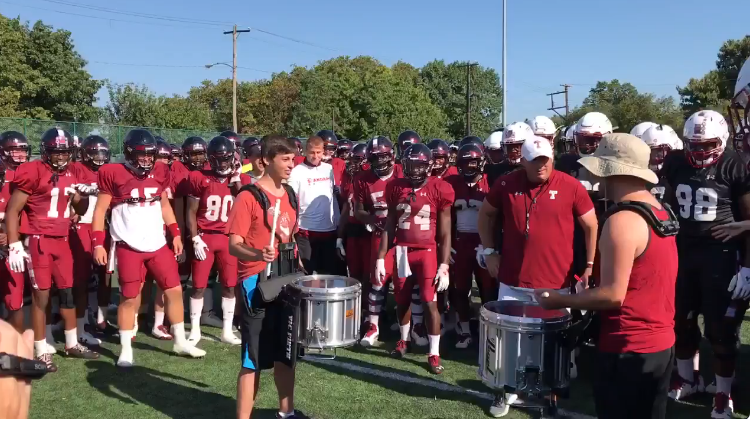 The Temple Football team is getting ready for the season as their season opener approaches next week. The Temple Diamond Band is also hard at work getting ready to make their first appearance too.

It has become common at football practices for the team to circle up and have two players hit each other as hard as possible. These have become a favorite of football fans to watch on social media. Well at Temple it is called the Rampage Drill.

At a recent practice the Temple Band came out and played some fight songs and had some fun with the team. The coaches then grabbed the players and told them they'd be doing the rampage drill.

Little did they know what would happen next...

Kudos to Temple football and the band for coming up with this idea.