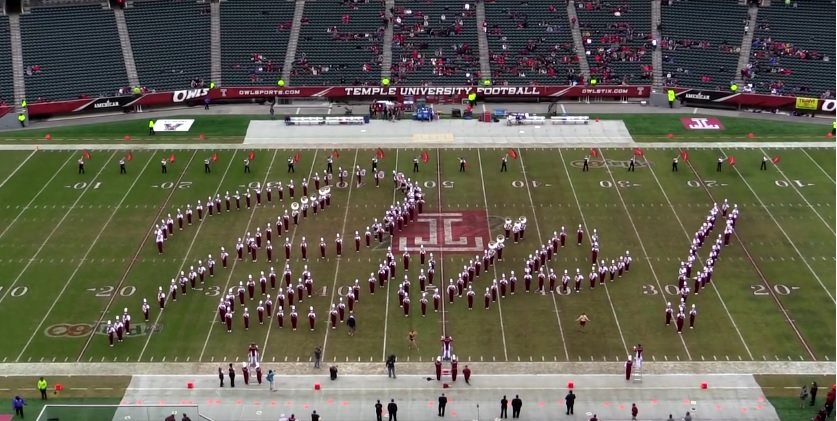 Temple has made their mark in the band world by playing non-traditional halftime music and absolutely crushing it. Then somehow through social media channels we have never heard of before they almost always get their show to the famous band whose music they just performed.

The band salutes them, they go viral and they do it again the next week.

Yes, that is all true.

Look, we have proof:

Got a shout out from @PanicAtTheDisco!

You guys are awesome! Thanks for some killer music.  https://t.co/rzWlRImJ9j

A few other people took notice too:

So what we're trying to say is that if you know someone in the Temple Marching band they are actually quite famous. Over 135,000 people have viewed the show on youtube at the time this article was written

Here's their awesome Panic at the Disco show. Share so all fans can enjoy!