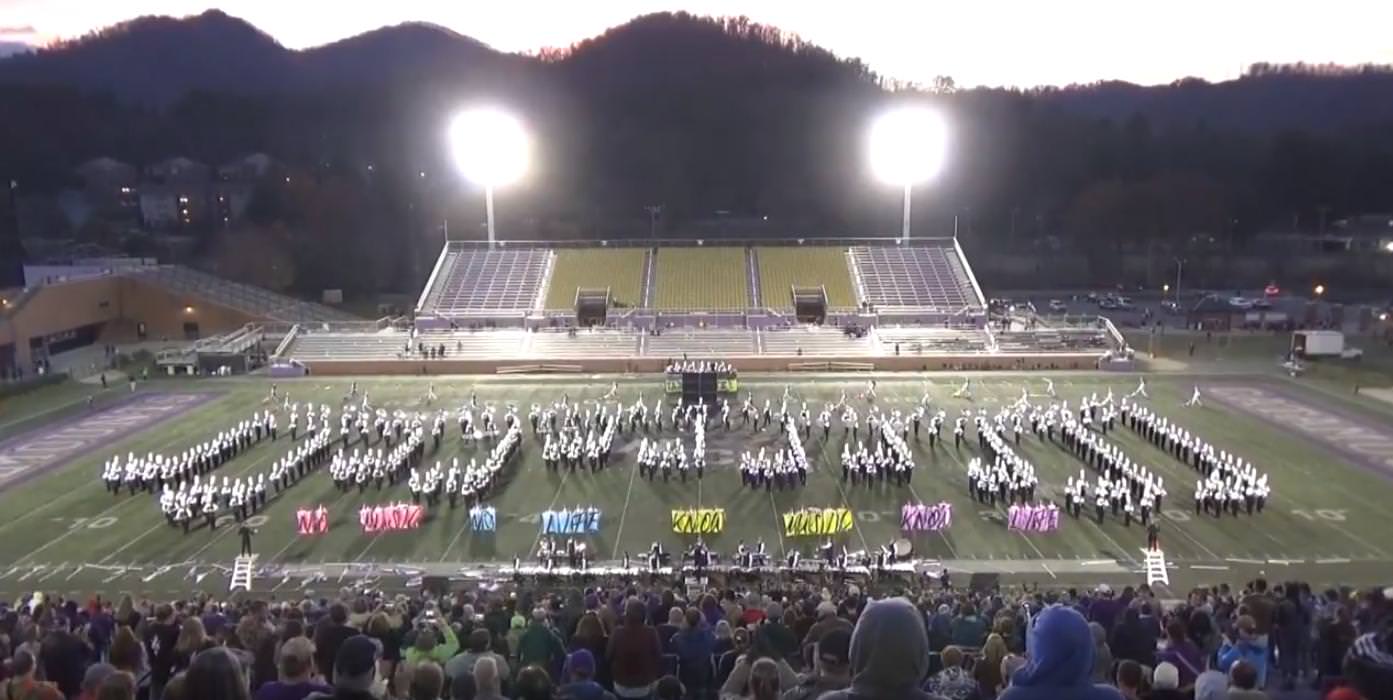 Take Note, Western Carolina is the Baddest Band in America There are halftime shows and then there's the Western Carolina Pride of the Mountains halftime show. Holy. Moly.

If you want big sound, a massive band, insane color guard, props, a dj and video integration well you have come to the right place. This show has it all and honestly it's the craziest thing we've ever seen. The second half of this show is the definition of high octane. Once the drumline feature kicks in there is nothing that can stop the POTM from melting your face.

The POTM performs a corp style show which means they spend all year perfecting and building one show unlike other more traditional college bands that do a new show each week. By doing this they are able to put together one incredibly bad ass show by the end of the season. And this year is no exception.

Buckle up. It's about to get crazy. Share and enjoy!


Never thought we'd see siri featured in a halftime show, but she nailed it!!