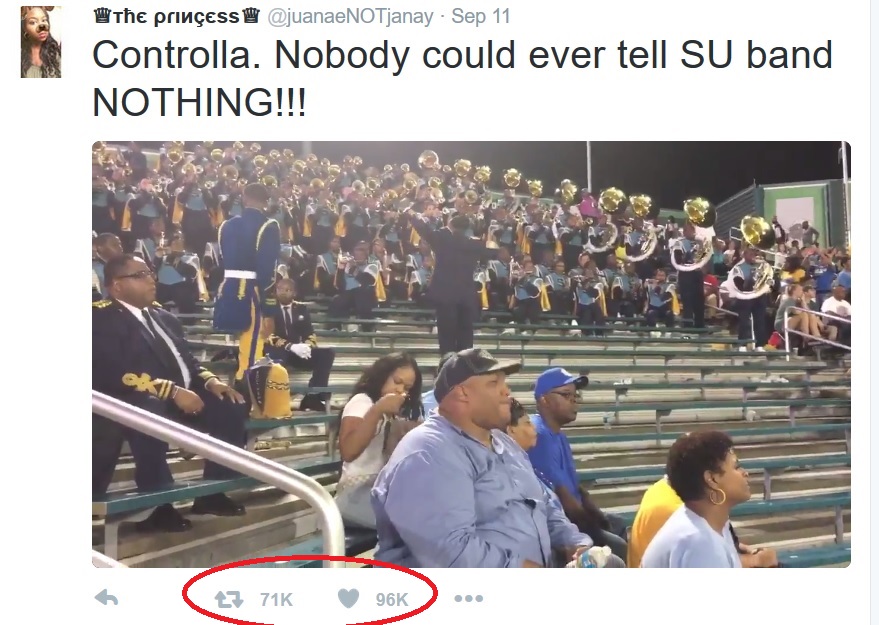 The Southern University Human Jukebox has had their fair share of awesome halftime performances and great stands tunes that fans across the world have freaked out about.

Their latest moment came this past weekend when they covered the Drake song "Controlla". As recordings began to pop up across the interwebs the retweets began and band fans on twitter lost their damn minds.

Trending All Over the World

This tweet from a fan at the game has completely gone viral and set the SU Human Jukebox band up to be a world wide trending topic on twitter.


Here's a great recording from the band's multimedia coordinator:

Eventually the major news and sports outlets picked it up...

Southern University's marching band does their own rendition of Drake's "Controlla" 🔥 (via @juanaenotjanay) pic.twitter.com/slsoRObMx0

Don't you wish your marching band was this cool?  https://t.co/4tKr4iFfn5

Keep up the great publicity for the band world Southern!