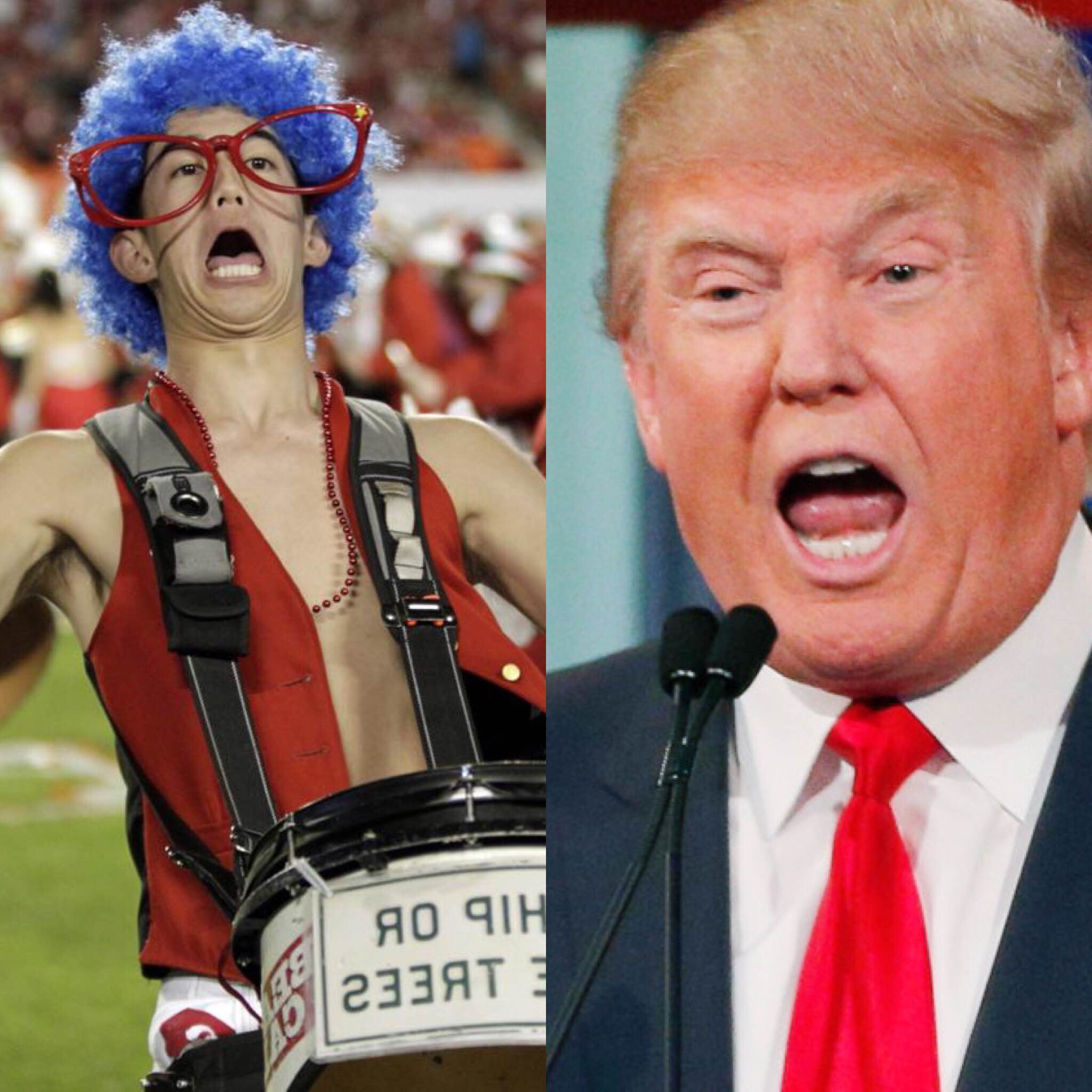 The Stanford marching band released a “cease-and-desist” letter to Republican presidential nominee Donald Trump for using the Free song “All Right Now,” to introduce his running mate, Indiana Governor Mike Pence at the Republican Convention. In the most Stanford Band way possible they went on a major trolling spree to show their discontent for the song choice. The tweet has gone viral with over 600 retweets.

The letter has caused commotion on both sides of the political spectrum. The band has been known to do rather outlandish and controversial things at halftime and during parades. They are also known for their twitter wars with the USC Band and other Pac-12 rivals. Now they are taking on a presidential nominee:

We recently found out that @realDonaldTrump used "All Right Now" at an event. So here's our cease and desist letter: pic.twitter.com/ihgBdBsrz0

The “cease-and-desist” letter, argues that Trump does not have the right to use the 1972 song because it is used as the band’s fight song.

“Your use of the song ‘All Right Now’ as background music during the official introduction of your Vice Presidential pick is probably a violation of Free’s common law trademark rights, common law service mark rights, and trade name rights, and this letter constitutes a demand that you cease and desist any and all use of the song ‘All Right Now’ in any campaign-related events, functions, or shindigs,” the letter states.

The “philosophical claim” was adopted after a former professor of music at Stanford rearranged the song. According to the band, Trumps’ use of the song could “tarnish” the song’s spirit; “Our concern, Don (we’re calling you Don, hope that’s cool), is that your divisive rhetoric will tarnish the spirit of that song and all it stands for,” the letter states.

They also try to make the point that if Trump knew the lyrics to the song he would realize it was a poor choice; “Also, for the record — the lyrics to ARN are about a dude trying to hook up with a meter maid,” the letter says. “Regardless of the upbeat and encouraging nature of the chorus, we don’t think that’s a message that the 2016 Republican Party really wants to stand behind.”

Donald Trump hasn't acknowledged it's existence and no one expects him to do so, but if he does, he may just move his proposed border wall up and around the Stanford campus and that may be "all right" for Stanford.