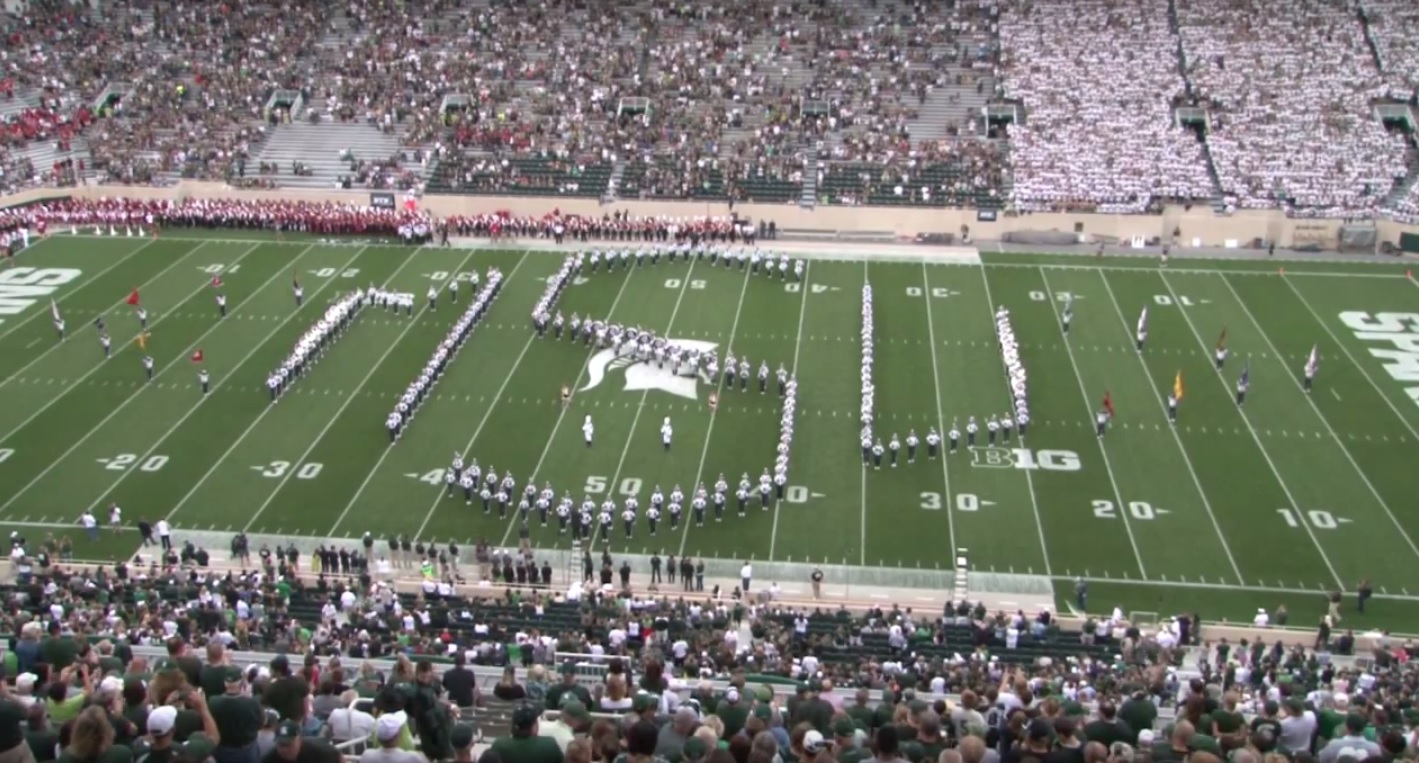 On the fence about going to the East Lansing when Maryland comes to play the Spartans on November 14th? Well here's what you've been waiting for that will convince you to go. Michigan State released a statement today announcing an incredible halftime show that will be in collaboration with Jennifer Wen Ma, led the creative team for the 2008 opening and closing ceremonies at the Olympics in Beijing.

"In an unprecedented collaboration between athletics, music and art, the Spartan Marching Band will perform its most complex, largest halftime show on Nov. 14 during the Michigan State University vs.
Maryland football game."

"An amazing display of color, lights and sounds, “The Art of the March: Cues from Sun Tzu’s ‘The Art of War’” will feature five musical sections, including “Crouching Tiger.” The lineup includes more than 600 performers, including 300 band members, as well as smoke, a dragon and Chinese instruments. In addition, 1,500 audience members sitting in the east side of the stadium will be asked to participate in card stunts to form paintings that will be shown on the jumbotron."

"The designer of the 12-minute multimedia show is New York- and Beijing-based artist Jennifer Wen Ma, who led the creative team for the 2008 Beijing Olympics opening and closing ceremonies. She received her inspiration from “The Art of War,” which is an ancient Chinese military treatise attributed to Sun Tzu, a high-ranking military general."

Let's just say that you won't want to miss it!