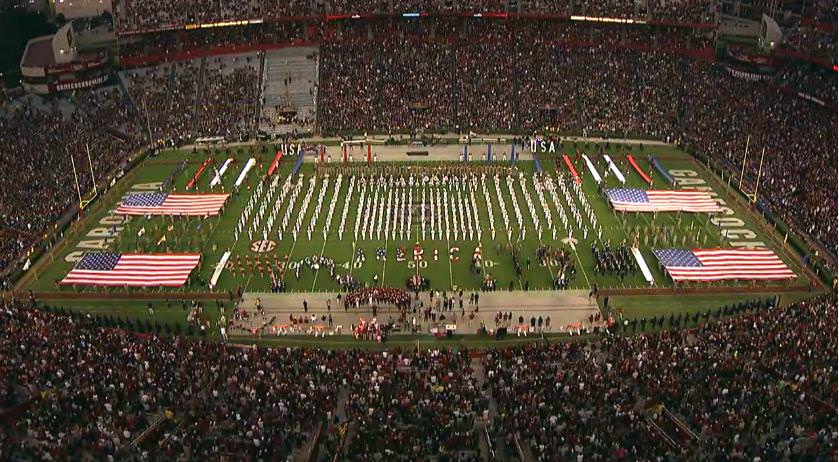 The Carolina Band teamed up with their athletics department and military units from across South Carolina as well as the ROTC programs at USC for an epic salute to our veterans that will be remembered by USC fans for a long time.

The military salute honored each branch of the military, followed by a firing salute and taps, then America The Beautiful and God Bless America. Every piece of the show was crafted with the utmost care and respect to our military veterans and involved as many people as possible which was very cool to see.

This show was broadcast live on facebook so you should fast forward to the 1:30 mark to see the real beginning of the show.

Enjoy this wonderful tribute to our veterans