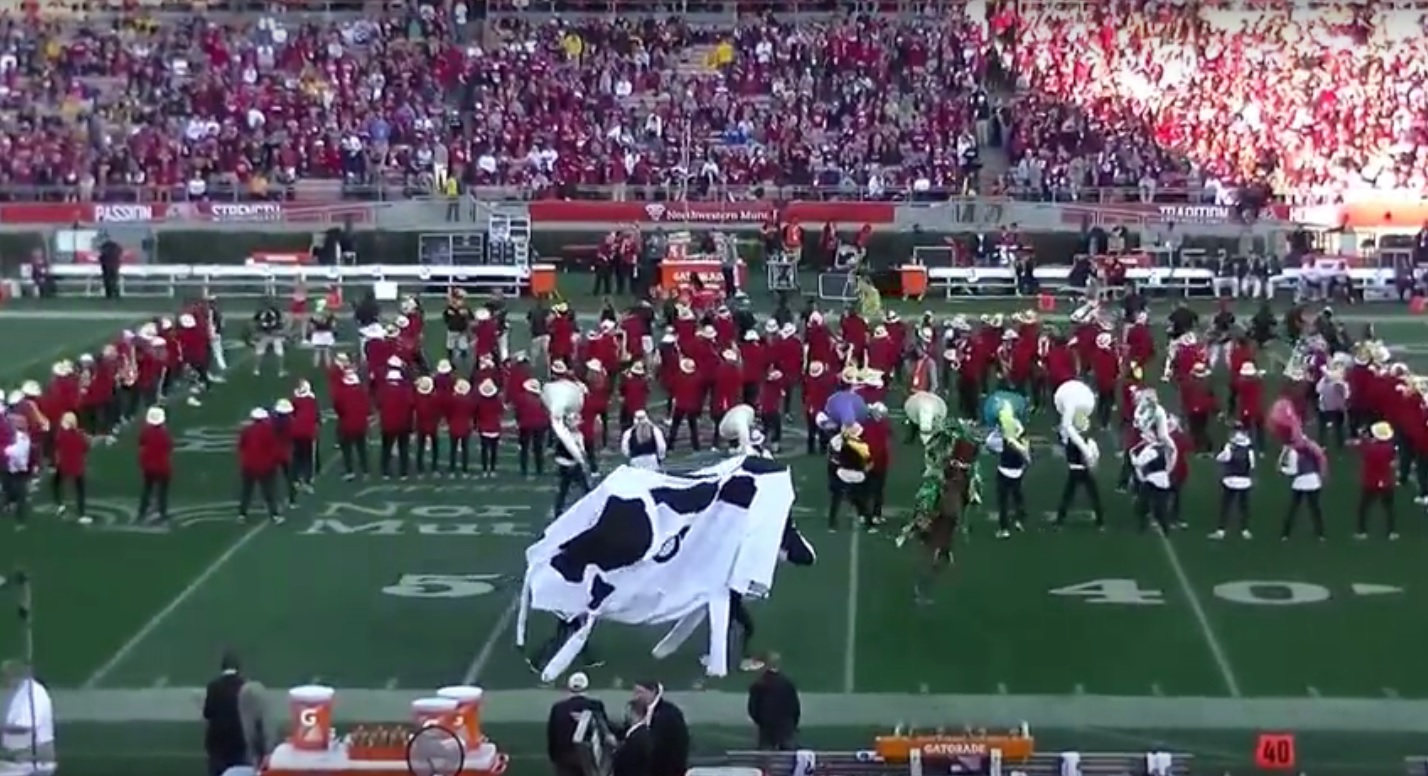 January 7, 2016
Tweet
Millions of college football fans tuned into the Rose Bowl on New Years Day to watch Iowa play Stanford. It is known that the Rose Bowl aka "The Granddaddy of Them All" is a big fan of their college bands. As part of performing at the Rose Bowl the bands are given some serious air time on television. This year the Stanford Band performed a FarmersOnly.com themed halftime show filled with a farmer formation, a corn formation and a giant cow running around the field.
The joke didn't resonate with viewers especially Iowa fans and the Rose Bowl committee is now reviewing their policies on material that will be used at halftime.

The Rose Bowl released a statement stating that "it regretted if any spectators were offended."

"Given the fine reputations of the schools in these conferences, we have not felt the need to review in any significant detail the planned performances of their representatives.”

"The halftime performance was not in line with the values of the Rose Bowl Game and we will be reviewing our policies and procedures with regard to future band performances."

"The Band’s halftime show has provoked a variety of reactions. The performance was intended to be irreverent fun, given Iowa’s connection to farming and Stanford’s historical nickname “The Farm.” The script posted on the Band’s Facebook page provides fuller context. We understand that some viewers took offense at the performance, which we regret and which will be the subject of further discussion with the Band’s leadership"

What is clear here is that the Rose Bowl takes anything and everything that has to do with the game very seriously. They are not interested in any sort of controversy at all. They require bands to submit their halftime show music and timing to them for review, but it appears that they never felt the need to really review these things as nothing like this had happened in it's 100+ year history. Now it looks like this will be the catalyst for new rules and policies.

The Stanford Band, which is student run, has been known to push the envelope at halftime shows and parades. Students perform on sinks, skateboards and other random objects. Their antics have not been well received by those outside of the Stanford community.

In fact the band was banned from traveling to away games with sports teams this year after an investigation into the band found violations of school policies related to alcohol, hazing and sexual harassment. The ban included the Pac-12 Championship game, but they attended that game and then they asked to be given permission to attend the Rose Bowl, which was granted.

Now, they find themselves in hot water again.

Here is the halftime show from the Rose Bowl: