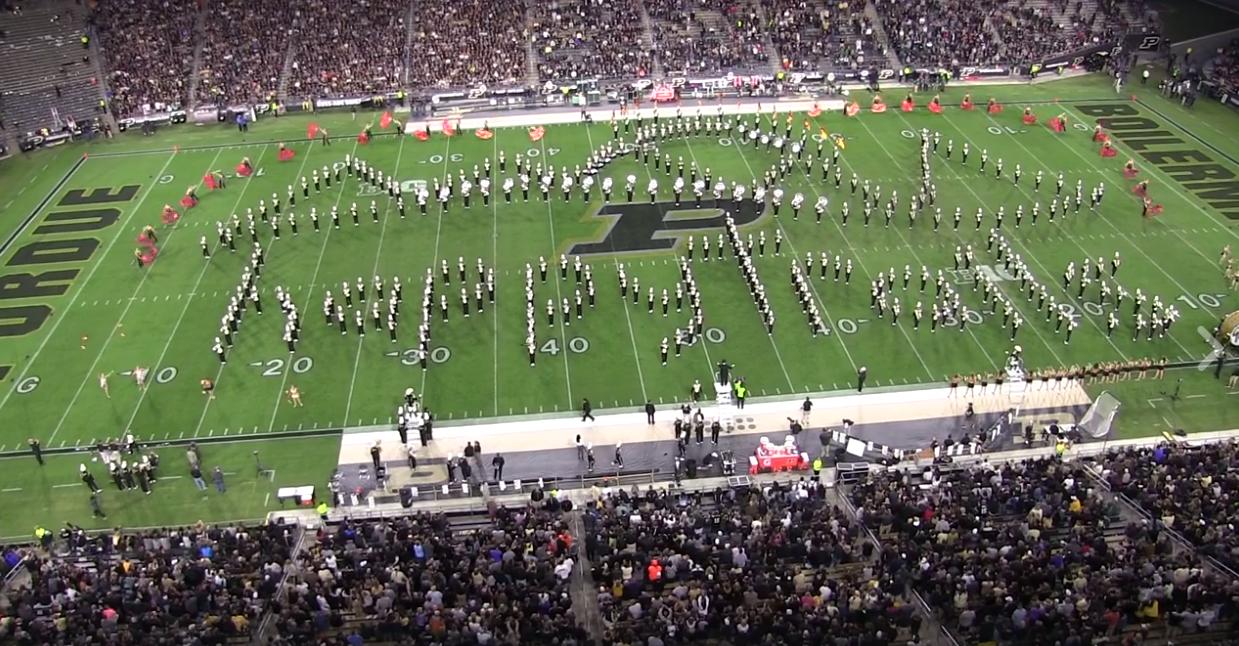 Purdue Takes Us To The Wild West The Purdue All-American Marching Band took us to the Wild West this past weekend at halftime of their game against Ohio and it was one heck of a ride. Watch as the band makes multiple formations depicting the wild west including an amazing horse and carriage.

We've all seen the Ohio State Marching Band pull off some amazing picture formations in their shows, but the horse and carriage may be one of the best ever done. With rolling wheels and a running horse, it's going to be tough to top that this season.