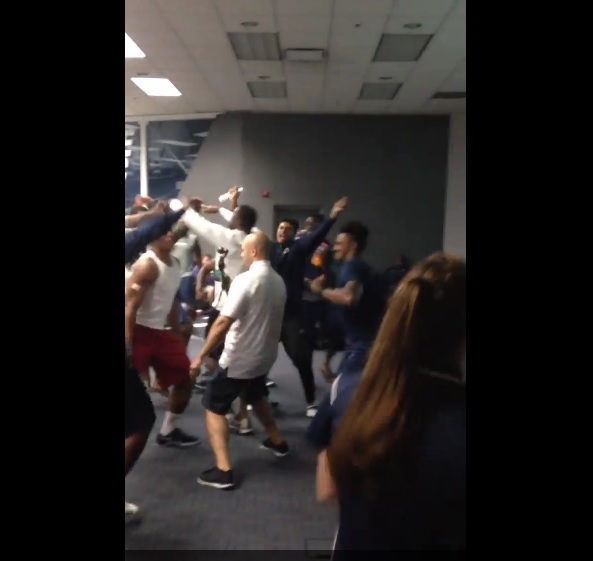 It's that time of year again.

Football teams and college bands are busting their butts to get ready for the college football season that is three weeks away. It has become a tradition at schools across the country to have the football coach come to band practice and surprise the band. The coach usually makes a quick speech to show support for the band and then heads back to practice.

However, at Penn State the football coach brings the band to the football practices and meetings to surprise the players and what follows is a great moment of camaraderie and fun:

We just surprised @PennStateFball and I think it's safe to say they're feeling #BlueBandHype pic.twitter.com/gGmB70ju04

Love seeing the football team and band have such a great relationship.