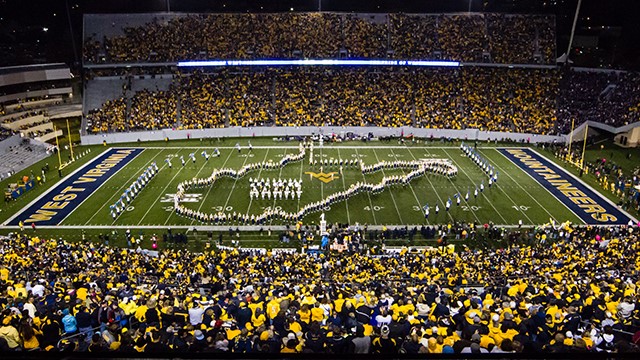 Pride of WVU to Play Concert for Flood Victims Last month southern West Virginia was devastated by severe flooding that caused damage to thousands of homes and schools scross the region. Tomorrow, August 20th, the Pride of West Virginia will perform a benefit concert at the 2016 State Fair of West Virginia.

The concert will be free to all fairgoers with paid gate admission, but donations will be accepted and will go directly to schools that lost instruments and equipment during the flood.

“We have always felt that the WVU Marching Band belongs to the state of West Virginia, and right now families in our state are hurting,” said Assistant Director of Bands Jay Drury. “In this time of need, after the devastation that so many folks have encountered from these floods, we are honored to be able to bring the band to the State Fair to help lift spirits, bring a little hope, and to help raise some money and awareness for those who are still in need.”

The power of music is incredible and we love that this will help local schools and band programs.


Concert Details: Saturday, Aug. 20 at 1 p.m. in the Bluegrass Bowl on the State Fairgrounds.