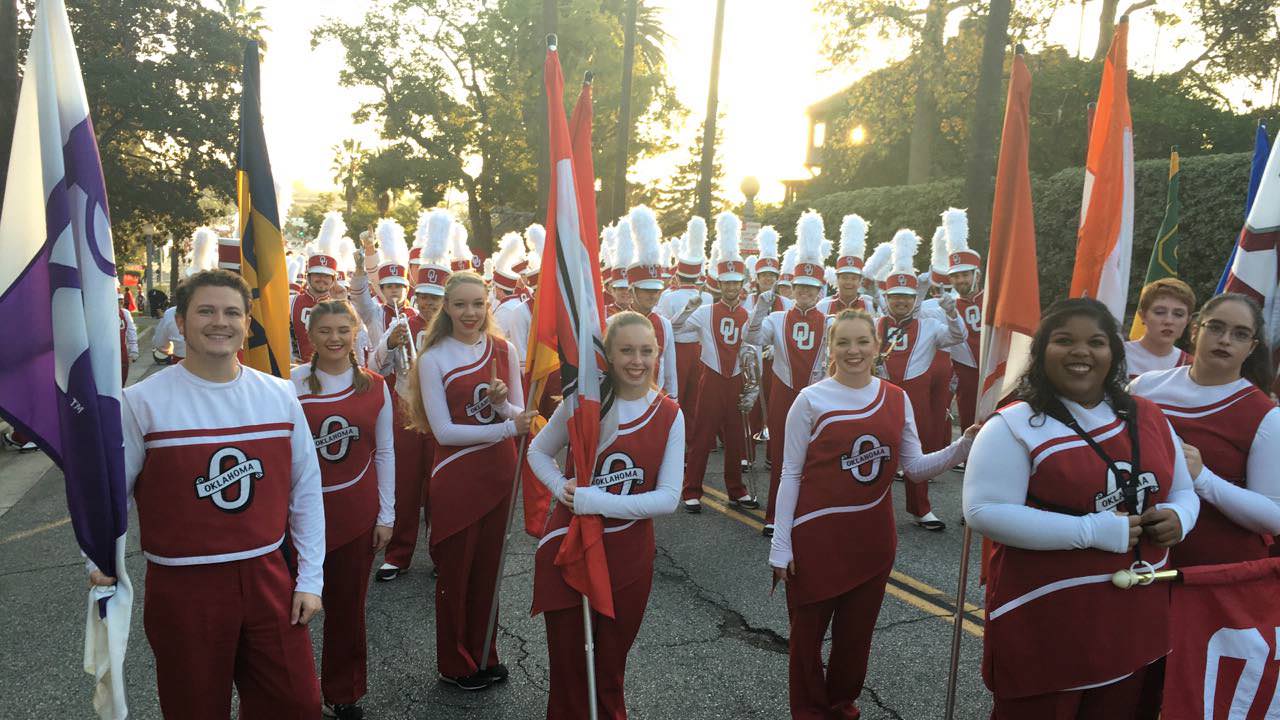 The USA Today published a snarky story after the Rose Bowl telling the band that "it's time to learn a new song" in response to their extensive use of their fight song Boomer Sooner. The article went on to post multiple tweets from fans who also shared the same opinion calling the band dumb and clueless.

Oklahoma Band Director Brian Britt, wasn't too thrilled with the article so he penned this epic response in a facebook post:

"Hey USA Today, thanks for the article regarding our relentless playing of Boomer Sooner in support of our football team. Yes, we play Boomer Sooner, we play it a lot, and we play it more than most of our other spirit tunes. However your assertion that "they basically only play one song" is a gross over generalization and incorrect.
A simple google search for "The Pride of Oklahoma Marching Band" will take you to our YouTube channel where you can listen to many other tunes that we have played over the years. In fact our repertoire this season alone featured six different halftime shows including a couple dozen tunes or so. So please be more precise with your language because as you know many people think everything they read on the internet is inerrant truth.
I get that this story is mostly snark, but come on man, in the height of the CFP playoff there are so many cool things that our band students (and virtually ALL college band students do) that add to the collegiate football atmosphere that would be a better story. Relentless playing of a given tune like we and others (notably USC and FSU) do, is only a small part of what we are about. I hope you'll consider doing a story about the Alabama and Georgia bands preparation for the CFP Championship for instance.
Here's a better story for you: just two days ago, our students woke up at 4AM to march in the 5.5 mile Rose Parade, during which they engaged and inspired hundreds of thousands of people in the process. Spoiler alert: we played 2 other songs besides Boomer Sooner and we sang our state song and got others to joins us too! Following the parade, our students went to work supporting our team in the Rose Bowl (congratulations to the Georgia Bulldogs, by the way) for 4.5 hours and performed a pregame show (including 3 songs besides Boomer Sooner) and a halftime show (also including 3 songs besides Boomer Sooner). By the way, they absolutely KILLED IT. Then yesterday, (on 5 hours rest after a 14 hour day representing our university and supporting our team) our students performed a concert (including 4 songs besides Boomer Sooner) for a couple thousand people at Disneyland. THAT'S the story you could have told. It would have taken more effort to cover it, but this powerful and positive message about the Pride of Oklahoma students would surely have resonated with many people desperate for some good news about young people, no matter their opinion of our fight song.
All of that said, you have a standing invitation to come to Norman anytime during football season to do a behind the scenes story about our band. We'll give you complete access to our rehearsals and you can embed with us for our 9-hour game day work day. I'm willing to bet that many of my collegiate band director colleagues would also welcome your presence on their campus as well. We've got a much better story to tell than "hey these guys sure play their fight song a lot." Just let me know what shirt size you wear and when to meet you at the airport.
College band students are awesome human beings. There's so much more to them than performing the fight song. Let's work together to tell that story next season.

Telling the Pride of Oklahoma to learn a new song would be like telling Tennessee to play something other than Rocky Top or USC something over than Tribute to Troy  or Fight On. USC takes great pride in driving opposing teams and their fans nuts at game. In fact they will be the first ones to tell you that everything they do is on purpose. They want to get in the head of the opposing team. They want opposing fans to be sick of hearing their fight song.

The bands can have an impact on the players and fans just by playing the fight song. How cool is that!?! No other sport can claim that and we love it.

Hopefully you've learned your lesson and realize that Boomer Sooner is here to stay.