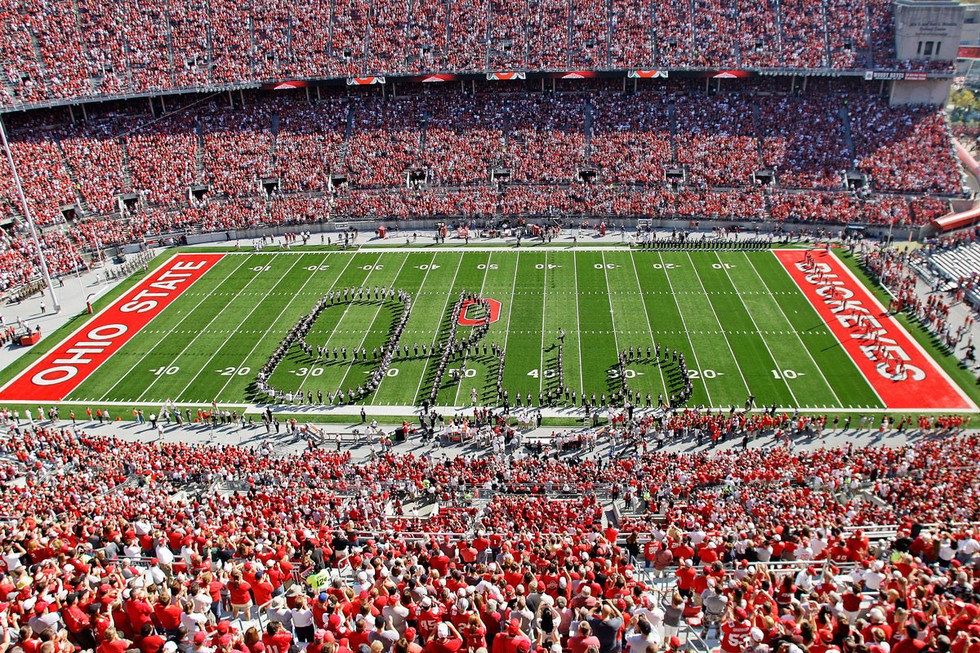 Big news today out of Columbus, Ohio for Ohio State Marching Band fans and members. For the first time ever The Best Damn Band In The Land will march in the Macy's Thanksgiving Day Parade in New York City in 2018.

This is a huge moment for the band and both the Macy's committee and university are thrilled with the news.

“For decades, The Ohio State University Marching Band has entertained stadiums of football lovers and most recently millions of fans on YouTube with their spectacular showmanship, ingenious field show designs and impressive big sound and even bigger school spirit,” said Wesley Whatley, Macy’s Thanksgiving Day Parade creative director in a release provided by the Ohio State Band.
“Macy’s Band Selection Committee is proud to welcome ‘The Best Damn Band in the Land’ to the streets of New York City in 2018 for their inaugural appearance in the Macy’s Thanksgiving Day Parade!”

“The Ohio State University Marching Band is near and dear to the hearts of Buckeyes across the nation and around the world,” said Ohio State President Michael V. Drake. “We are thrilled that the nation will experience the hard work, focus, creativity and brilliance of our students at one of the country’s most cherished holiday celebrations.”

“We are thrilled to represent the state of Ohio in our first-ever Macy’s Thanksgiving Day Parade appearance,” said Christopher Hoch, director of Marching and Athletic Bands at Ohio State. “This will be a once-in-a-lifetime performance experience for our students, and I’m excited that we will be able to showcase our tradition of excellence on the streets of New York City for viewers around the globe.”

To coincide with this announcement, the Ohio State Marching Band will perform a New York-themed halftime show at today’s Ohio State versus Army football game in Ohio Stadium. The show will feature New York City imagery and music, including the “Theme from New York, New York,” “On Broadway” and “New York State of Mind.”

Congrats to TBDBITL and we are looking forward to seeing you take over New York next November!