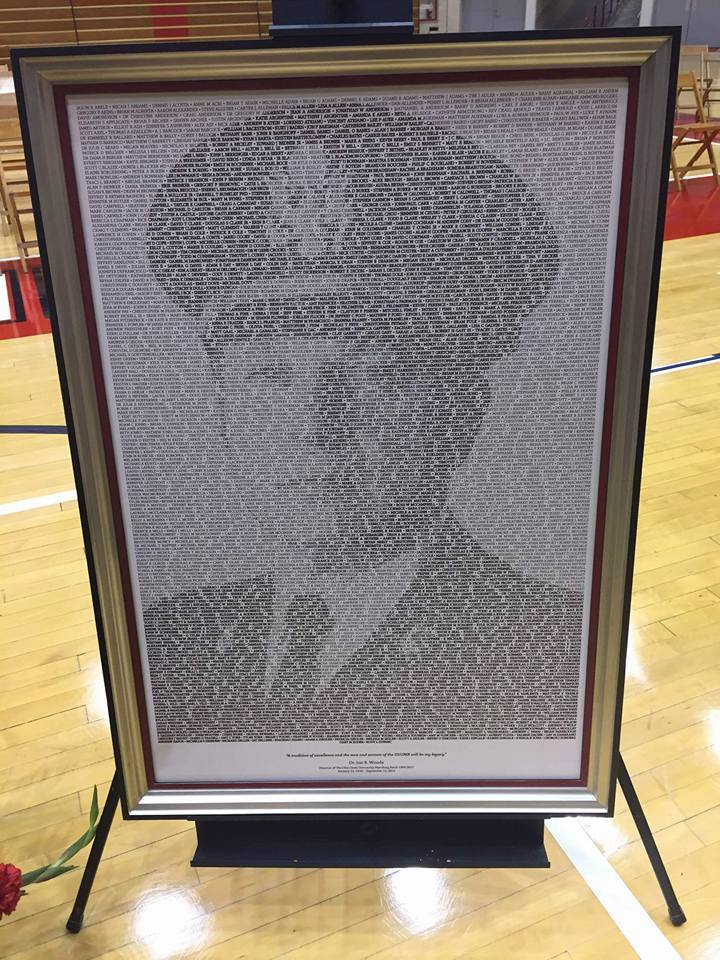 September 21, 2015
Tweet
Legendary Ohio State Band Director, Dr. Jon Woods, was laid to rest yesterday. Alumni, family and friends all gathered in St. John Arena to pay tribute to the man many called a great friend and mentor. Woods was part of 30 bowl trips and attended 520 Ohio State football games. He was 76.

Woods was hired as an assistant band director in 1974, and then director in 1984. He was awarded the College Band Directors Association Lifetime Achievement Award in 2010 and was responsible for leading the band in four Presidential Inauguration parades. He remained the director of the band for 28 years until his retirement in 2012.


At his funeral service Matt Adams of DTI Creative presented this special photo of him. It is comprised of the names of every single marching band member who marched under his direction at OSU during his 28 years as Director. That's over 2100 names. He was an incredible man and beloved by his students. In lieu of flowers, the family requests that donations be made to one of these organizations: