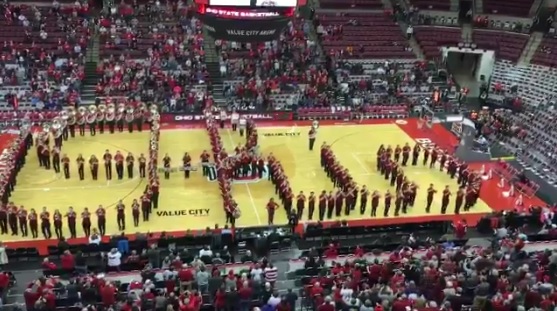 Not to be outdone by their rivals, Michigan, who already marched at a basketball game this year (watch here). The Ohio State Athletic Band performed their version of Script Ohio at halftime of their basketball game.

The drill isn't necessarily the same as you see on the football field, but it gets the job done.

Now that Michigan and Ohio State have made this an annual tradition, we hope that more bands will adopt this and give a try!