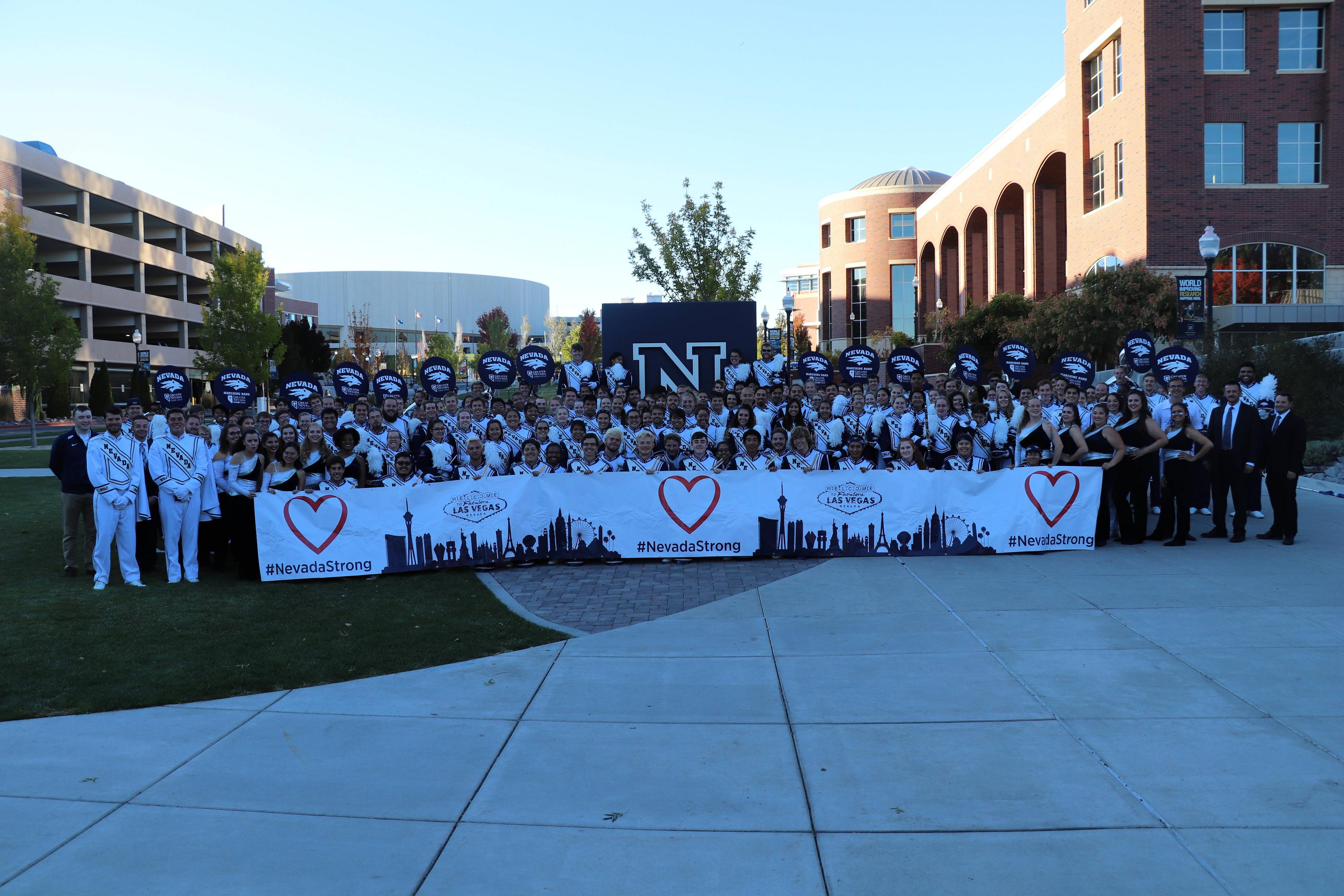 The Wolf Pack Marching Band opened the performance with two selections from its show, 'How the West was Fun.' First, the group performed the "Theme from Rawhide" before welcoming members of the Wolf Pack Spirit Program to collaborate in an encore performance of Big & Rich's hit, "Save a Horse (Ride a Cowboy)." The Wolf Pack Marching Band next performed the official song of the State of Nevada, "Home Means Nevada." This selection was accompanied by drill that organized members in a formation that resembled the shape of the State of Nevada, after which a heart was placed over Las Vegas and a banner was unveiled that showed the Las Vegas skyline and the text, #NEVADASTRONG.

The halftime show ended with members of the Wolf Pack Marching Band forming concert arcs, removing their shakos, and offering a performance of Carmen Dragon's setting of "America the Beautiful" to remind the crowd that we are ONE COMMUNITY. ONE PACK. Without being prompted, the football crowd stood during this last selection, only braking its silence to offer supportive cheers in the final measures of the piece.