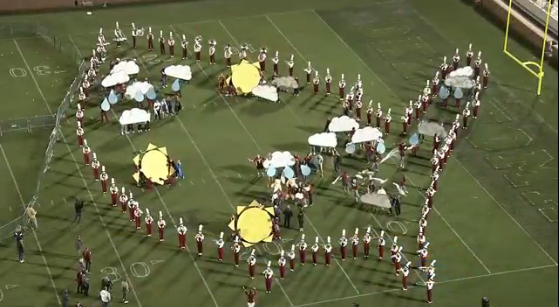 Today we're launching a new series called the band world social update which will highlight some of our favorite social stories from the previous few days that you might have missed. With so many outlets sharing the majority of their news and updates on twitter an instagram we want to keep you in the loop by featuring them here!

The band world was on fire yesterday as the women's Final Four in basketball was set with Stanford, Mississippi State, UCONN and South Carolina all advancing. That means pep bands from the school will be headed down to Dallas this weekend for the games. They join Oregon, South Carolina, UNC and Gonzaga for the men who will be in Phoenix

The Women's bball NCAA Twitter account celebrated the Final Four wins all night last night and after UCONN advanced they decided to feature their pep band.

The instruments are mellophones. Their players are anything but. @UConnWBB and its band headed to another #WFinalFour pic.twitter.com/SG8FvQ2Rlr

While we thank them for featuring the band and for knowing that mellophones even exist, we had to give them a little help on this one. Hey NCAA, next time let us proof read your tweets for you.

Thanks for featuring the bands NCAA, but those are baritones. 😂 https://t.co/Q9gPP7xQSr

Al Roker popped up at the Oklahoma with the Pride of Oklahoma yesterday morning as they assisted him with his weather forecast. This is pretty cool:

3) Getting jiggy with it

It has become a pretty regular occurrence to see basketball players celebrate with their pep bands after big wins. I mean the pep bands do travel with them throughout the tournament, show excessive joy when they win and keep their spirits high even in defeat and let's be real, besides the player's parents, the band is comprised of their biggest fans.

After South Carolina advanced to the Final Four they broke it down with the pep band:

While on the other side the dancing came to an end for Oregon and their players made sure to thank the band for all of their support. Love it.

The Ducks thanked the @OregonBand after their loss to UConn. pic.twitter.com/eOljuTxqg1

That's all for today's band world social update! See you next time here on CollegeMarching.com!