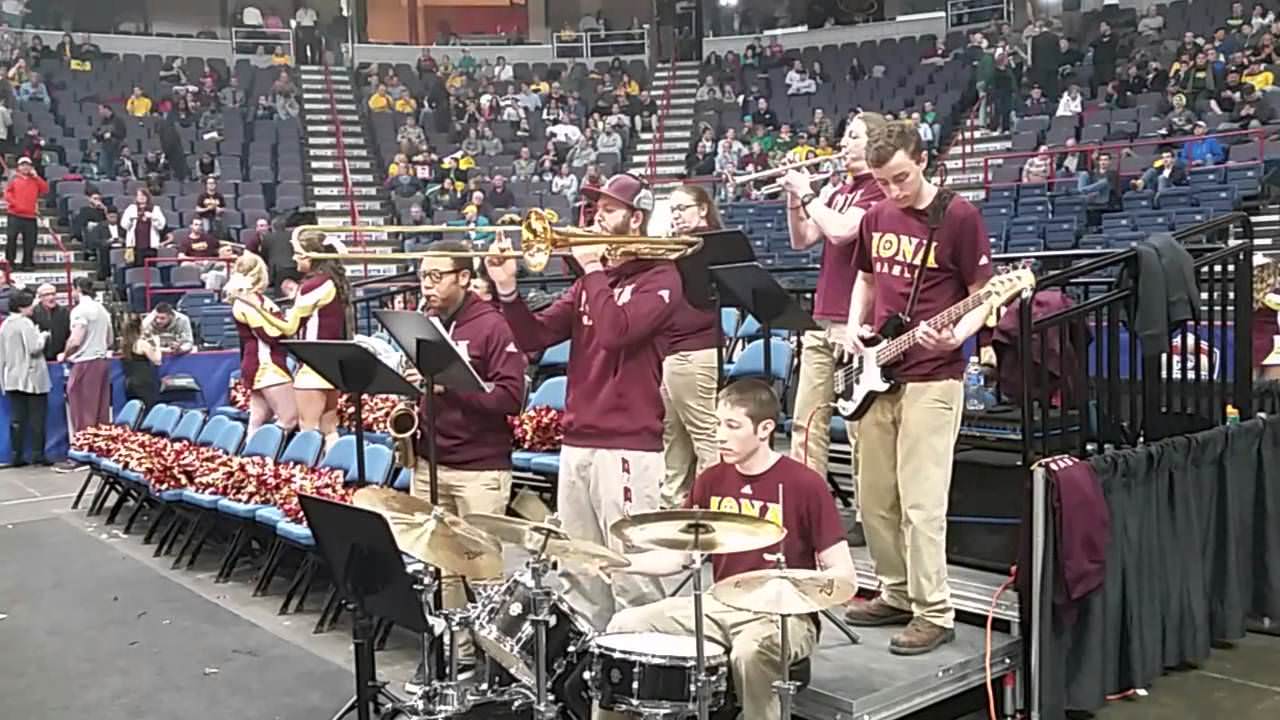 The Men's NCAA Basketball Tournament has been running since 1939 to decide the National Champion. Each year 68 teams come together to battle it out in the tournament during the month of March.

Coming along with them are their fans, cheerleaders and of course pep bands.

One specific area that we see this in pep bands is in the low brass section, specifically in the tuba/sousaphone section. Some schools don't have strong low brass players so they rely on electric bass players to pump out the bass line. Some bands are set up more like a small jazz band and using a tuba just doesn't make sense.

During the season there are no major restrictions on pep bands having electric bass players so many schools include them in their bands.
However, during march madness and the NCAA Tournament specifically, electronic amplification of instruments has been strictly prohibited.

According to the new tournament manual: "Participating institution bands will be permitted to bring and play an electronic bass to the championship. No other electronic band instruments or devices will be allowed."

This is a huge win for pep bands across the country.

Many college band directors have been advocating for this change for decades and today they can claim a small victory. There is still many more things they'd like to see changed in favor of bands, but for now they are celebrating.