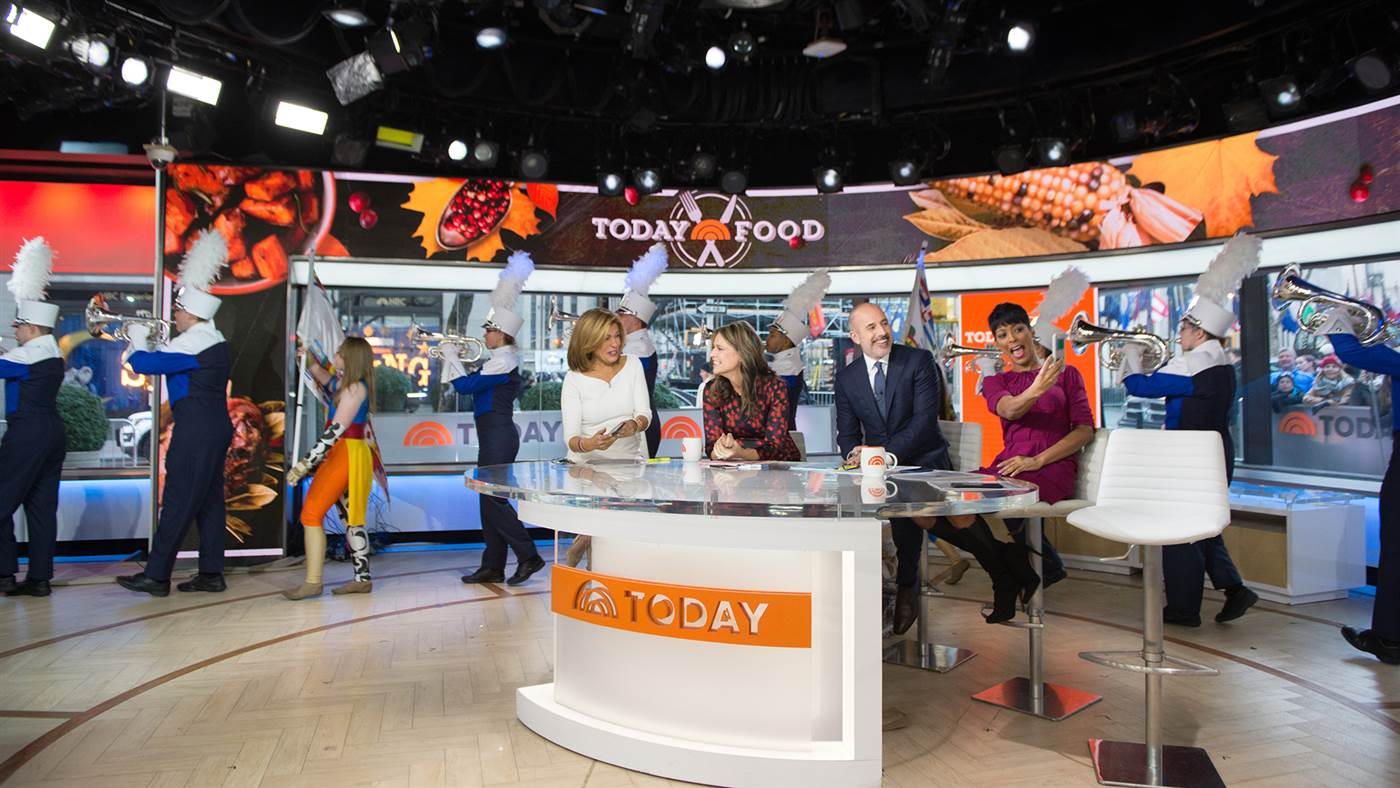 Yesterday morning NBC was invaded by a marching band returning an old tradition to the TV network. The network will broadcast the Macy's Thanksgiving Day Parade today starting at 9am through noon which will feature 12 marching bands including the West Point Band and Pride of West Virginia.

200 members of the Grain Valley High School Marching Eagles played at the weather map, in the hair and makeup room, into the control room and on the plaza. The band performed "Kansas City Here We Come". Why did this happen you ask? BECAUSE BANDS ARE AWESOME!

The tradition dates back to 1956 when TODAY invited a high school marching band to play right through the studio for the very first time. The annual event eventually faded away — until the 1990s, when a revival saw a few more years of holiday fun. This year it is back!

Here's a look at the band take over...

Marching band in the @todayshow control room this morning. It's Thanksgiving's Eve! pic.twitter.com/oNmAl1raWS

Lots of unanswered questions in the Studio 1a control room this morning. @TODAYshow pic.twitter.com/OV0UTgEmfV