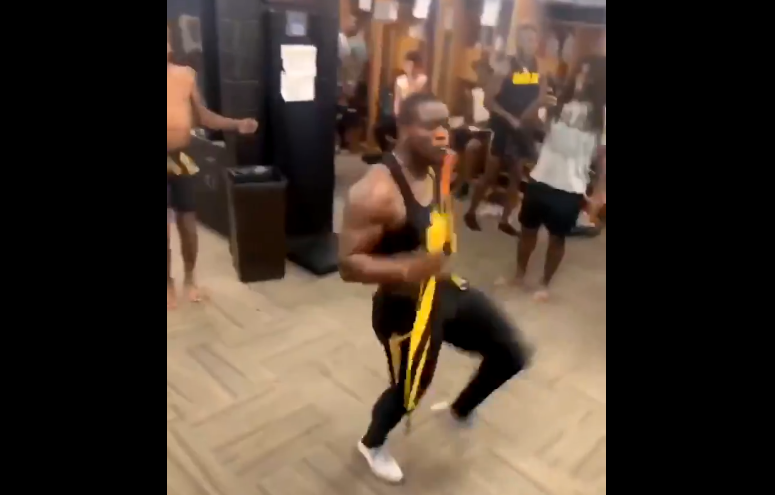 The University of Missouri football team went viral over the weekend after a video was shared of them having some fun in their locker room after summer training.

The players weren't singing or talking about how much weight they could lift. They were showing off their marching band skills.

Clearly inspired by HBCU college bands, the players used whatever objects they could to take their performance to the next level. Arguably the best moment is of a player using an umbrella during a drum major high step and back bend.

Mizzou Football is giving @MarchingMizzou a run for their money 🔥🔥🔥 (via: @4nance_ on insta) pic.twitter.com/wbNxPX6DyV


The tweet has been seen nearly 2 million times and has sparked a lot of dialogue around the respect for college bands in the HBCU world.

It is always great to see the college band world be highlighted positively before the season officially kicks off even if it's just through random fun moments like these.

We hope to see all of those Mizzou football players visiting the Marching Mizzou during band camp next month!