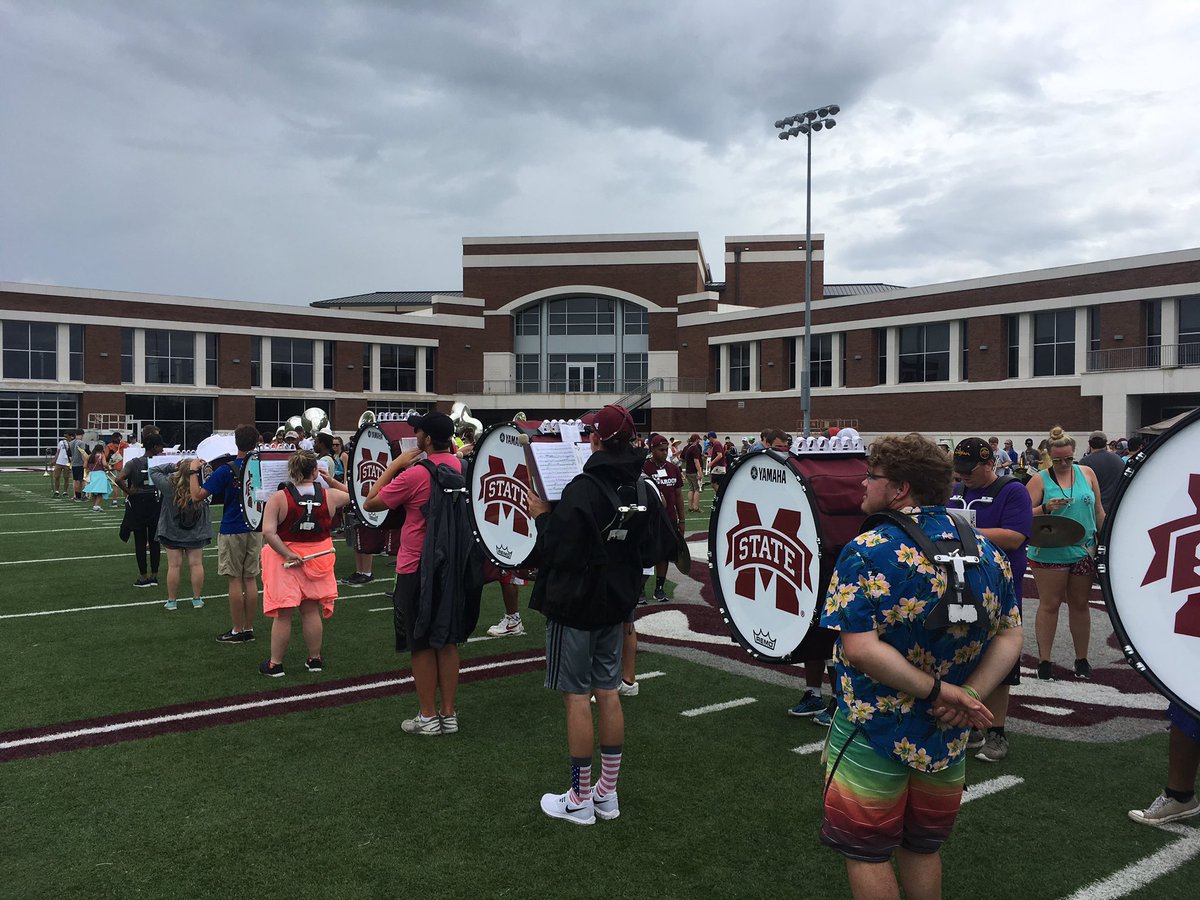 The Mississippi State University Famous Maroon Band has been working hard this week through their band camp as they prepare for the fall season.

Recently a large storm system dumped a good bit of rain on the band leaving members and instruments soaked. It also caused significant damage to the band's grass practice field. While the band tried to practice through the weather they were starting to run out of options to get field rehearsal in without risking injury. Their field pretty much turned to mud and made rehearsing outdoors near impossible.

Here's a look at what they were dealing with:

Learning drill the hard way, but it sure is fun. pic.twitter.com/gOFoXPbOfn

Enter Head Coach Dan Mullen and the Mississippi State football team. The team is also deep into their summer camp and using their facilities on a daily basis. Coach Mullen heard about what the band was going through and decided to help them out.

The team gave up their outdoor field for the band to use during camp so they could get their work in. The football team's turf field is weather proof and gave the band a perfect surface to practice on.

Many thanks to @CoachDanMullen & @HailStateFB for letting us use the field at the Seal Complex tonight since our practice field is dead. pic.twitter.com/tYJmIFhySb

Special shoutout to @CoachDanMullen for helping the @maroonband today with a dry practice field!! We appreciated it so much!!! #HailState pic.twitter.com/gSLKWau7xk

Back at the Seal Building again this afternoon. Thank you, @HailStateFB! #family pic.twitter.com/bmmY4951Qn

The band also split their time at a local high school that offered to let them use their turf field as well. Coach Mullen stopped by to say hello to the band and to tell them how important they are to the success of his program.

Had a great time hanging out with the @maroonband this morning. Only 24 days until we're back in Davis Wade Stadium. #HailState pic.twitter.com/FbXaS6ZL4a

Always great to have @CoachDanMullen come and spend time with us. Thanks, coach! @HailStateFB pic.twitter.com/n11UanosvI

Sorry @CoachDanMullen that we can't come play for you, we have the @maroonband to lead. See you in Davis Wade! #hailstate pic.twitter.com/EgIdbvOurl

The rain really was no match for the Famous Maroon Band as their spirits are higher than ever and their sound is already on point. Take a listen to "Campus Serenade" and let the chills roll in.

This is something we call "campus serenade." It's a fun way to end rehearsal. pic.twitter.com/Gvrw2HJ01k

We think it's safe to say that things are starting to look up:

Thanks for the assist Coach Mullen and MSU Football!

Now someone get that band their own turf field!!