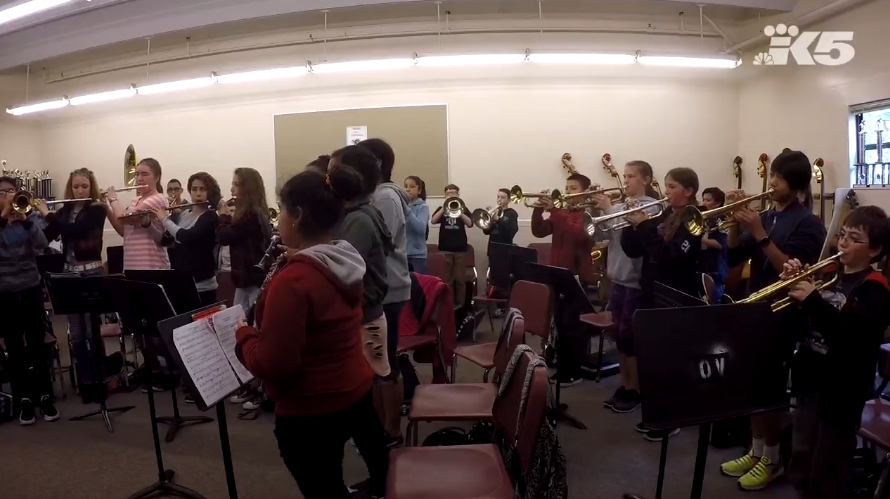 Pretty sure everyone on earth knows that marching bands make noise. I'm also pretty sure that for a band to march and rehearse  effectively they need to practice outside at some point.

Well at Olympic View Middle School outside of Seattle, WA, the band has been shunned indoors due to the threat from a local neighbor that says the band's rehearsals are torture.

According to a story run by King 5 NBC in Washington, Debbie McPherson has lived next to the middle school for 20 years and she has finally reached her limit on hearing the marching band practice outside. Although the band only rehearses for 6 weeks out of the year, McPherson has threatened to sue the school district over their noisy rehearsals because shockingly marching bands make noise.

In response to the suit the band was moved 100 yards away from her condo to the local track, but that wasn't good enough.
The band has now been pushed to indoor rehearsals.

The 250+ member marching band can't rehearse as they need to because of the new restrictions and while they are trying to be good neighbors, they are losing out on access to precious time and space to rehearse and prepare for competition.

"These kids are doing good things. They're involved in a great program.," said band mom Denise Kutt. "We're getting pinched by one person who doesn't like the noise."

McPherson hopes that things can be resolved.

"My intent is not to sue them," she said. "It's to make my life more comfortable."

I still can't believe someone threatened to sue a middle school band. I mean, really? We're talking about 12 and 13 year old kids. Embrace the band and meet the kids before you try to silence them. Learn why band is important to them before you try to take it away from them.