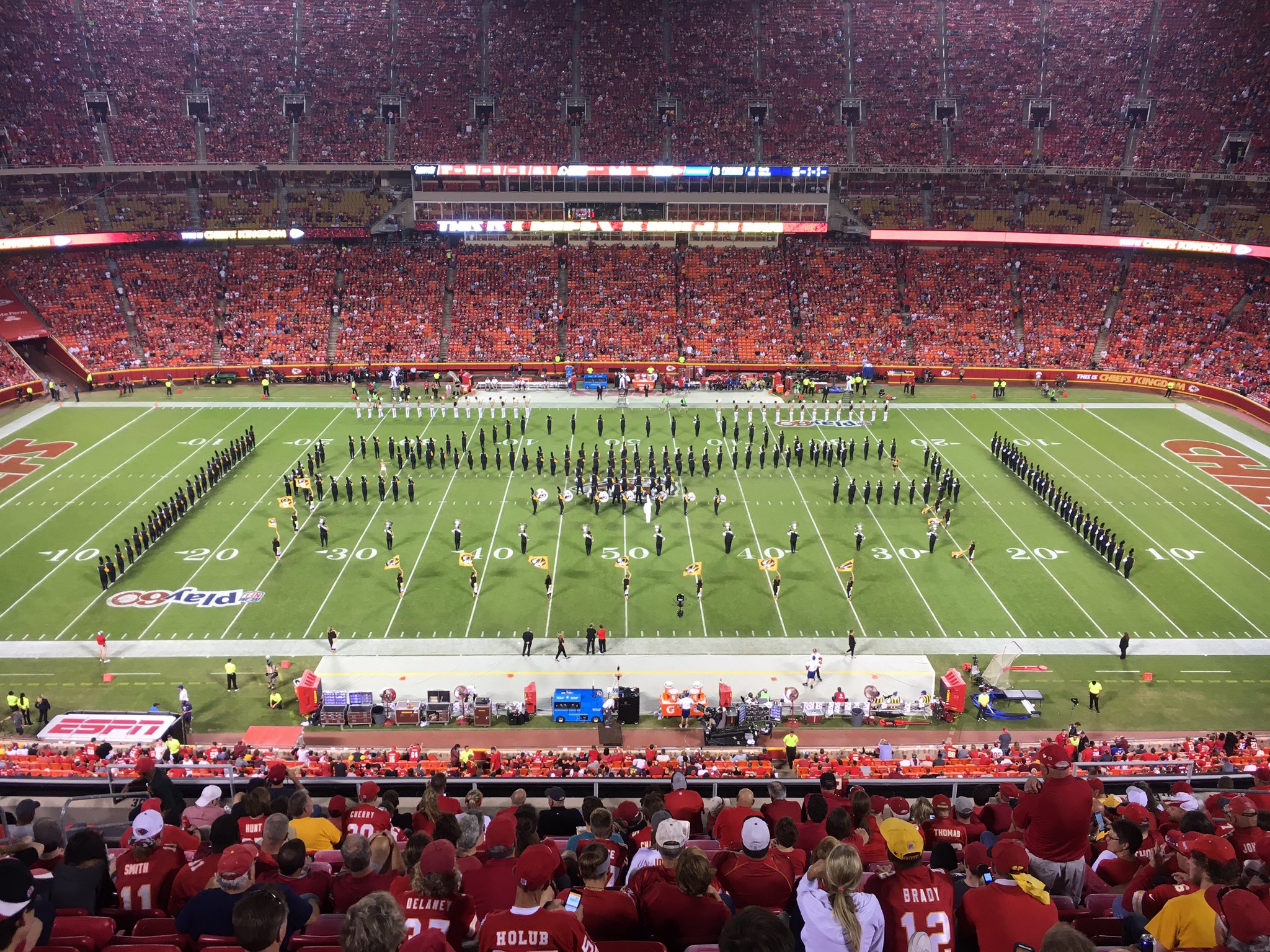 On Monday night, the loudest stadium in the world echoed, not only with the tomahawk chant, but also with disco.

The stadium is known for being louder than any other stadium. In fact, a total volume of 142.2 decibels was recorded on Sept. 29, 2014, when the Chiefs played the Patriots. According to a noise comparison chart by Purdue University, that’s less than 10 decibels away from rupturing your eardrum. A world record was broken, and the Chiefs use their bragging rights to encourage louder cheering.
This also means louder music.

Marching Mizzou performed part of their disco set from their previous home game show, which served as a tribute to the 40th year anniversary of “Saturday Night Fever.”

Marching Mizzou’s director, Amy Knopps, is not shy about theatrics either. She had motorcycles come into the stadium in a previous Route 66 show, and she dressed one of the drum majors in bell-bottoms and a silk shirt for disco. “Conducted by our very own John Travolta, Drum Major Travis Meier,” boomed the announcer’s voice. Unfortunately, the costume did not make an appearance at Arrowhead. The first piece, a mash up of Bee Gee hits, “Stayin’ Alive” and “Night Fever,” was whistled off as the front three drum majors worked in some disco moves of their own. The next piece, “Disco Inferno” by The Trammps, ended with the drum majors striking final fist-in-the-air poses. The crowd roared.

After the show, most of the band stayed to watch the rest of the game. They returned home to Columbia, Missouri at 2:00 a.m.

Top photo courtesy of @MSApresident: Marching Mizzou faces towards the press box as they perform a mash up of Bee Gees hits, "Stayin' Alive" and "Night Fever."

Bottom photo courtesy of @wibwChrisLilly: Marching Mizzou transitions between sets during their disco half time performance on Monday Night Footbal