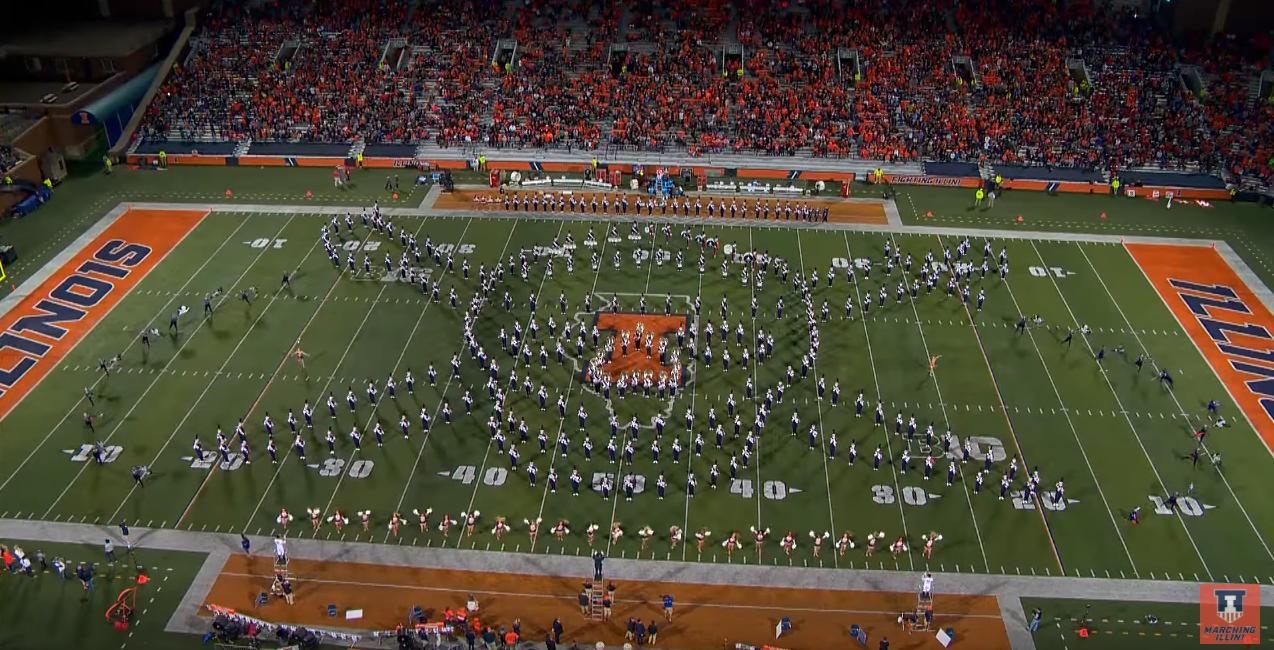 Marching Illini Take to the High Seas in Pirate Show The Marching Illini took to the high seas this past weekend to perform the music of Pirates of the Caribbean.

The show is filled with some great picture formations including a giant pirate ship that sails across the field under waves and then the formations cap off in an epic pirate ship battle with cannons and smoke. This is a must see.

After they conclude their pirate show they performed the fan favorite drill Three-In-One. The band marches our the letters ILLINI across the field after an intricate drill. It's awesome.