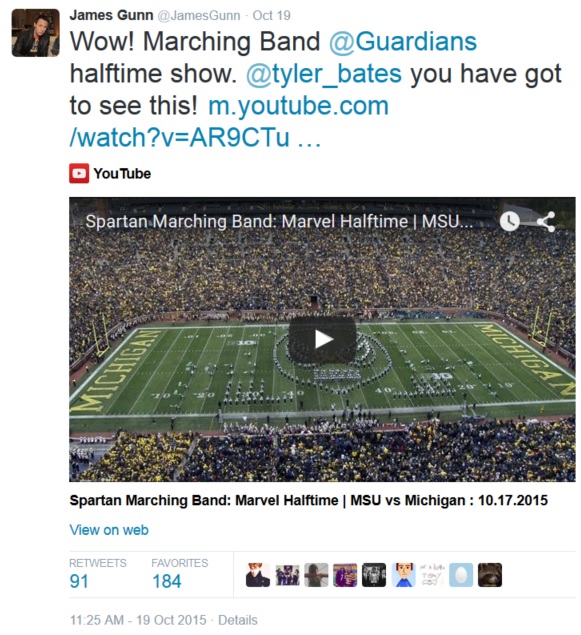 October 22, 2015
Tweet
The Marching 110 from Ohio University and the Spartan Marching Band from Michigan State University have officially won the weekend with their week 7 halftime shows. Both shows have over 80,000 views on youtube and counting.

The Spartan Marching Band did a tribute to the Marvel comic movies which gained the attention of the Guardians of the Galaxy Director, James Gunn. The Marching 110 performed Panic at the Disco's new song "Victorious" that literally JUST came out and the internet had a freak out. The lead singer Brendon Urie tweeted it out and it now has over 2,000 retweets on twitter. That is a really big number.

It is great to see bands use social media to reach a larger audience for their halftime shows. Twitter provides a direct connection to big artists or film directors and there is no reason that they wouldn't have interest in seeing the work of bands across the country.
Temple Bands has been doing this for a few years and has been very successful in gaining large scale media attention from large news groups and artists.

Here are their shows: