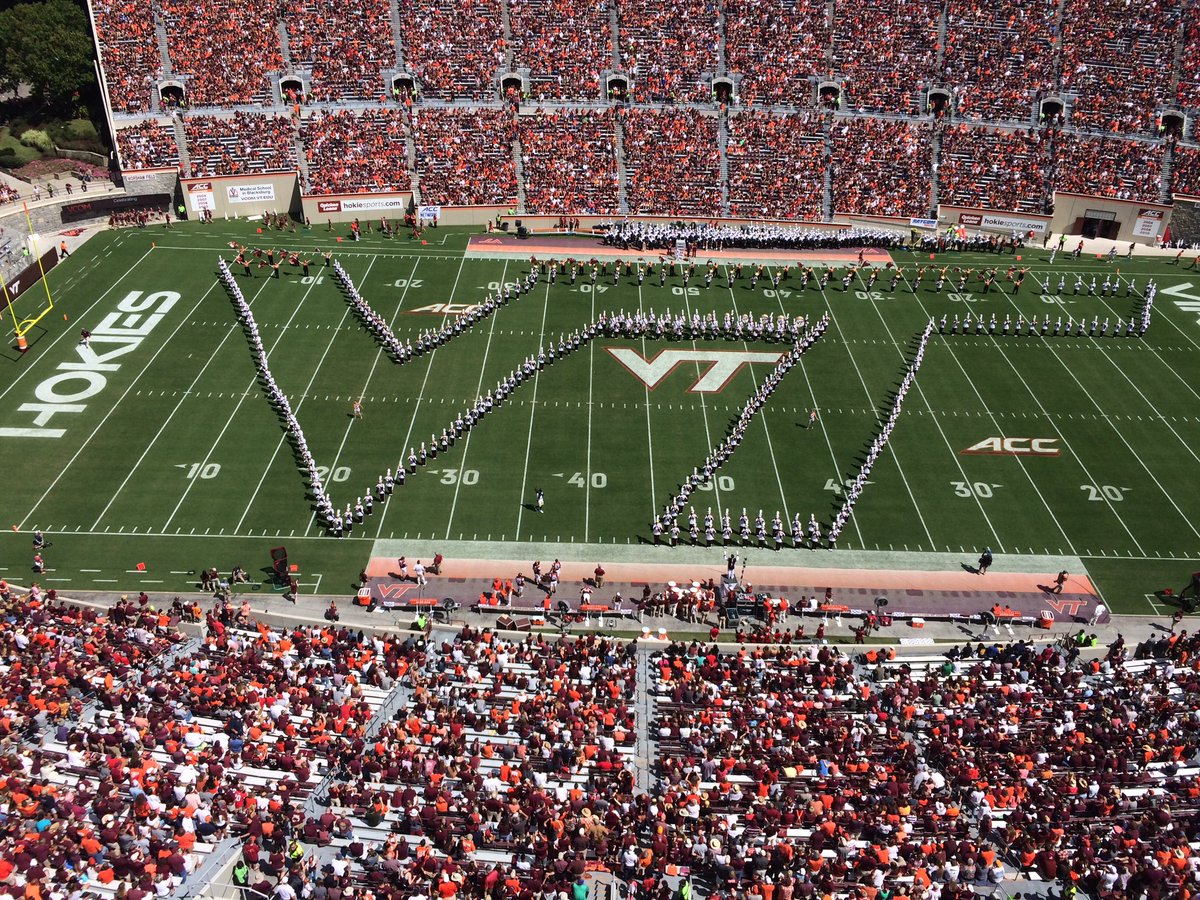 When you join a college marching band you quickly realize you are marching for something bigger than yourself, bigger than the band even. You're marching to bring joy and excitement to hundreds of thousands of people each year and to bring honor to your university.

While our jobs may be watched most heavily on the field, it is off the field where a real impact of over 300 people can truly be made.

At Virginia Tech, the school's motto is "Ut Prosim" ("That I May Serve"), and The Marching Virginians are doing just that.

Ashlyn McDonald, Drum Major for the Marching Virginians, recently found out that a member of her family was diagnosed with Parkinson's Disease. She scrambled to learn more about it and was shocked to see that over six million people worldwide are living with Parkinson's every day.

She quickly organized other leaders of the band and pitched the idea of using their platform and large numbers to raise money for the Michael J.
Fox Foundation to help accelerate research and innovation towards finding a cure. They set a goal of $10,000 and began doing what band kids do, they brought together an entire community around them. A few days later the band had already raised $8,000. Students were building personal fundraising pages online, challenging friends through social media and watching the gap to their goal get smaller and smaller.

For Alana Hassett, Online Content Officer of the Band, this effort is deeply personal.

"I lost a grandmother to Parkinson's, and a few years ago, one of my uncles was diagnosed as well," she said. "It's heartbreaking to know that this disease has no known cure yet, but I'm so proud to be part of an organization that is working so hard to change that."

"This is our first year of this fundraiser, but we've received tons of comments from band friends, family, and alumni, who are incredibly grateful that we've chosen to raise money for Parkinson's research. I really hope that we can continue this fundraiser in years to come and adopt it as another one of our favorite traditions. It would be incredible if the MVs could be even a small part of the reason why we eventually find a cure."

As the band surpassed their initial goal the Directors of the Marching Virginians, Dr. Polly Middleton and Chad Reep, stepped in to take things to a new level. They agreed to allow the band to dye their hair any color they want if they can reach $25,000.

Now with only a few days left they are aggressively charging forward towards that new $25,000 goal.

"With the band community being so encouraging and team-oriented, I think we could work together and impact the world in ways many of us couldn't do on our own," said McDonald. "The dream for this project would be to have marching bands across the country joining us in "Marchin' for Parkinson's" and educating the community about Parkinson's Disease while raising money for research towards finding a cure."

Join us and make a donation to help the Marching Virginians reach their new goal of $25,000 before midnight on Saturday night. Donate HERE!