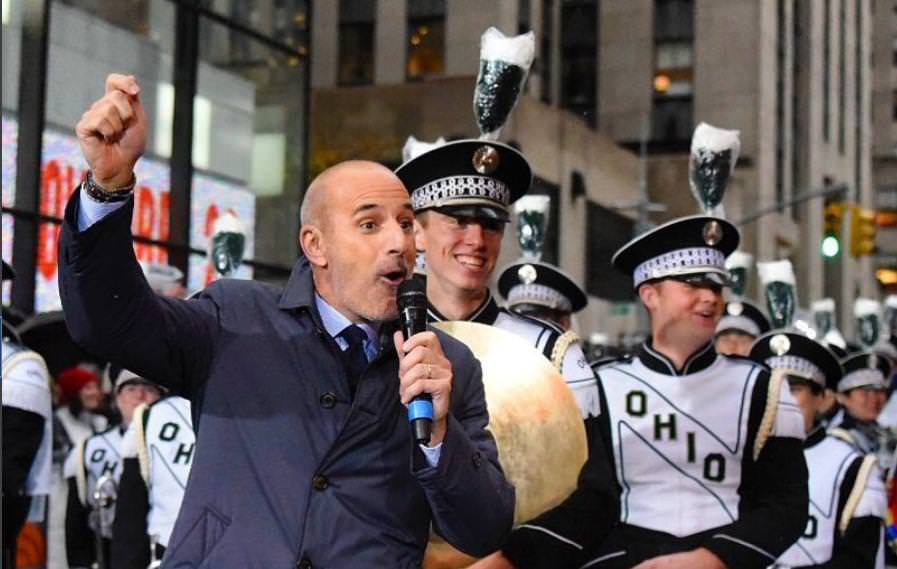 The Macy's Thanksgiving Day Parade is upon us and we can't wait to see all the marching bands in action as they take over NYC.

As is tradition both high school and college bands will march in the parade along with military and police bands all capped by the Macy's Great American Marching Band.

Here's what you can expect to see as you sit on the couch and nit pick horn angles, straight lines and cracked notes. (we know you do it)

Ohio University: The Marching 110 is this year's main attraction. This superstar marching band is known for their synchronized dancing on the football field and big sound. They are probably the ideal band to march in the Macy's Thanksgiving parade due to their style. When they hit Herald Square expect a wild dance performance.
We know the 110 has been looking forward to this for a long time and you can expect that they won't waste the opportunity to win over the national audience.

They spent all morning hanging and performing at the Today Show. Make sure to follow them on instagram to see some more fun pics from their trip.


Prairie View A&M: The Marching Storm is ready to take NYC by storm. This HBCU style band is going to blow the roof off of Herald Square. Coming all the way from Prairie View, TX which is just outside of Houston, this band is making their Macy's Thanksgiving Day Parade debut! Not only are they making their debut in the parade, but many of the band members have never been to NYC nor even flown on an airplane before. This is going to be an incredible journey and experience for them and we can't wait to see them in action.

Here's a look at their trip so far:

The Great American Marching Band is back for it's 12th year and is comprised of 185 high school marchers hailing from every state. 40 guard and dancers will also join the instrumentalists.

Have a happy Thanksgiving and cheer on these great bands as you watch at home!