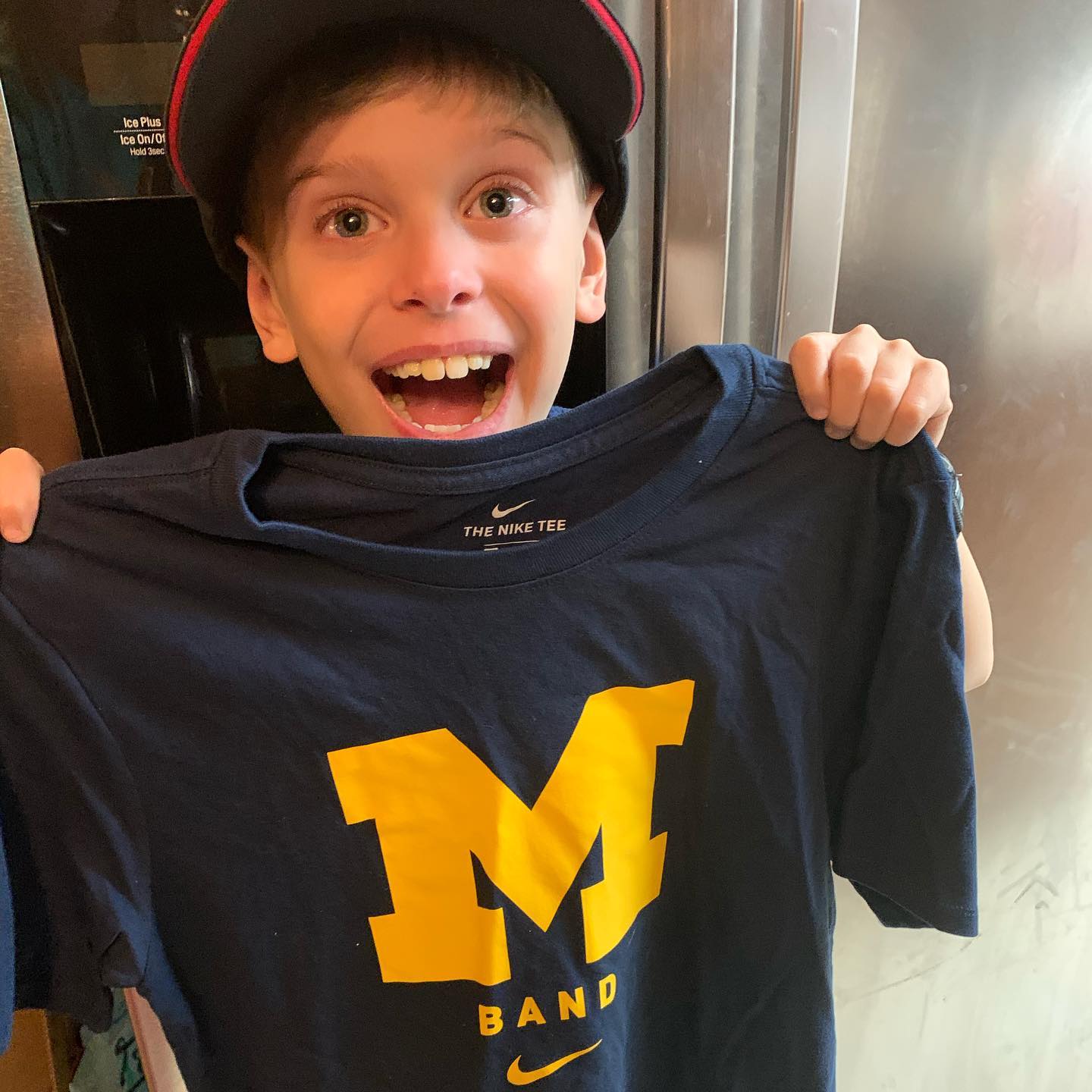 Henry Boyer got his first taste of the college band world after attending a football game at the University of Michigan with his best friend Cooper. Cooper's parents are Um alumni and took the boys to enjoy some college football.

While there Henry liked watching the game, but he fell in love with the Michigan Marching Band.

He then decided that one day he wanted to be in the Michigan Marching Band. So, he took out a piece of paper and a marker and wrote a note to the MMB to tell them his big plan of one day joining the band.

What happened next was a magical moment for both Henry and his family...


The band not only wrote back to Henry, but invited him to come for a game day with them and experience all that they do from practice to the field in the Big House. They also sent him some swag to show off his MMB love. We spoke to Henry's mom Kimberly and she told us that Henry is looking to now take up the drums and hopes to start lessons soon.

This is such a wonderful moment for all involved and we want to thank Kimberly Boyer for sharing this video with us.