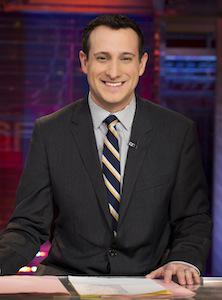 Bram Weinstein, former ESPN SportsCenter anchor, has a new Podcast called "Talking Heads" hosted by Slate.com and Panoply. He asked our Co-Founder Michael to come on the premier show this week and talk about the Kansas State halftime show for one final discussion before everyone finally moves on. Michael explains why the backlash against Kansas State was ridiculous and why this is not something a band or a band director would do on purpose.

Fast forward to the 33:55 mark for the interview.

FYI: Bram does talk about the K-State show starting around the 30 minute mark as a lead in to the interview. Michael was not able to hear any of that before he was interviewed. Enjoy!