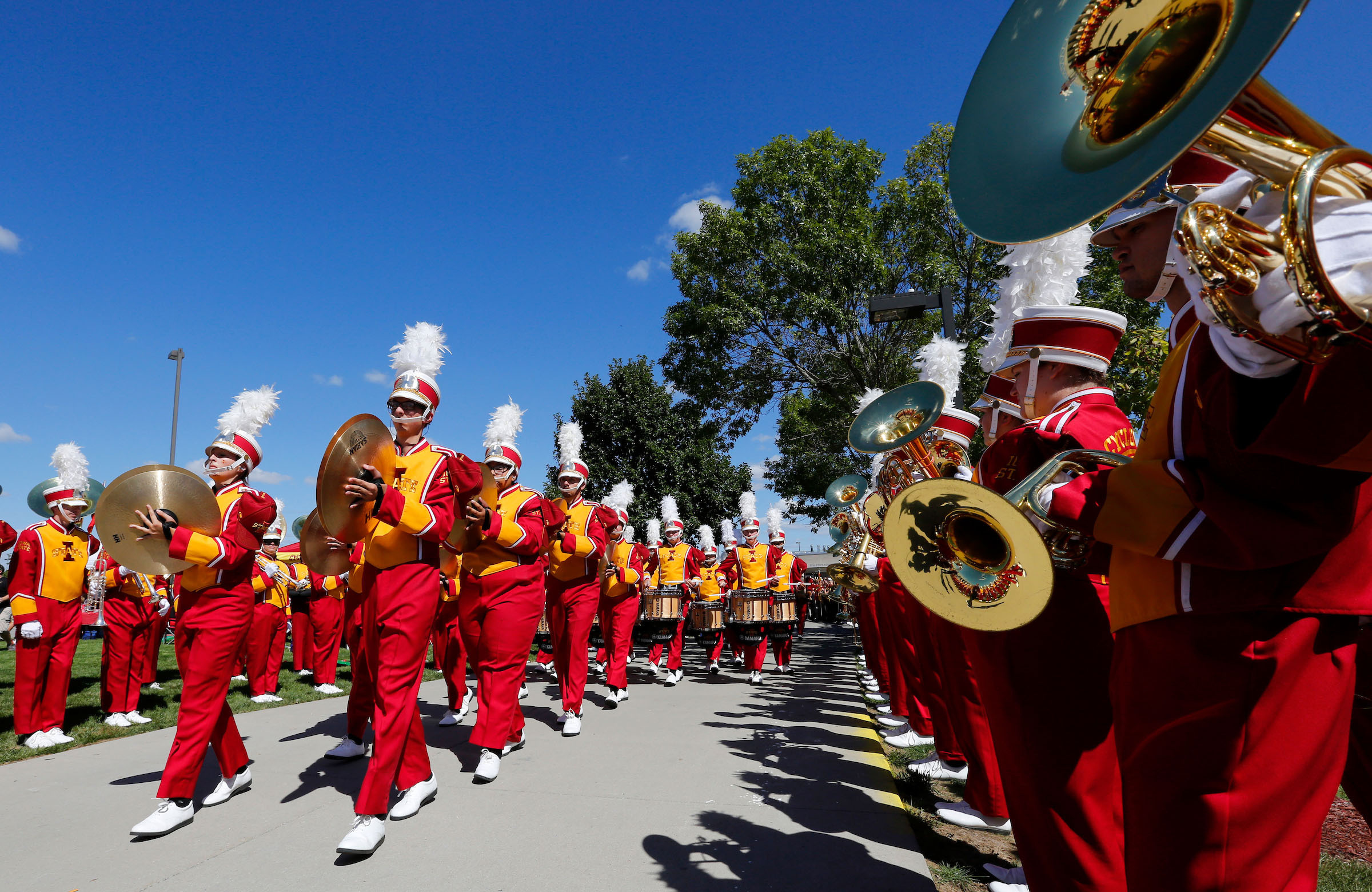 The Iowa State University Cyclone Football "Varsity" Marching Band is your 2017-2019 Sudler Trophy recipient which is awarded every two years by the John Philips Sousa Foundation. The award is presented to a band that has demonstrated the highest musical standards and innovative marching routines, as well as made important contributions to the advancement of performance standards over a period of years. In other words it's the lifetime achievement award for a band program.

“We are humbled and excited to be awarded the Sudler Trophy,” said Steven Smyth, Director of the Cyclone Marching Band. “On behalf of all of our members, it’s a thrill to see the band recognized at this level.
This is as close to a national championship as it gets for college marching bands, and we’ll be celebrating for the next two years.” The trophy will be presented at a 2017 home football game by the Sudler Trophy Selection Committee Chairman Timothy Rhea, director of bands at Texas A&M University. The award is only given once per school and recognizes both the current and historical excellence of the nation’s top collegiate marching bands.

The Cyclone Marching Band plans to display the trophy in both the Jacobsen Building and Music Hall on campus. It is a traveling trophy that will stay with the institution for two years. The trophy, which weighs 80 pounds, was designed by the same artist who made the Heisman Trophy.

If you'd like to learn more about this great band program, go to http://www.music.iastate.edu/org/marching/.