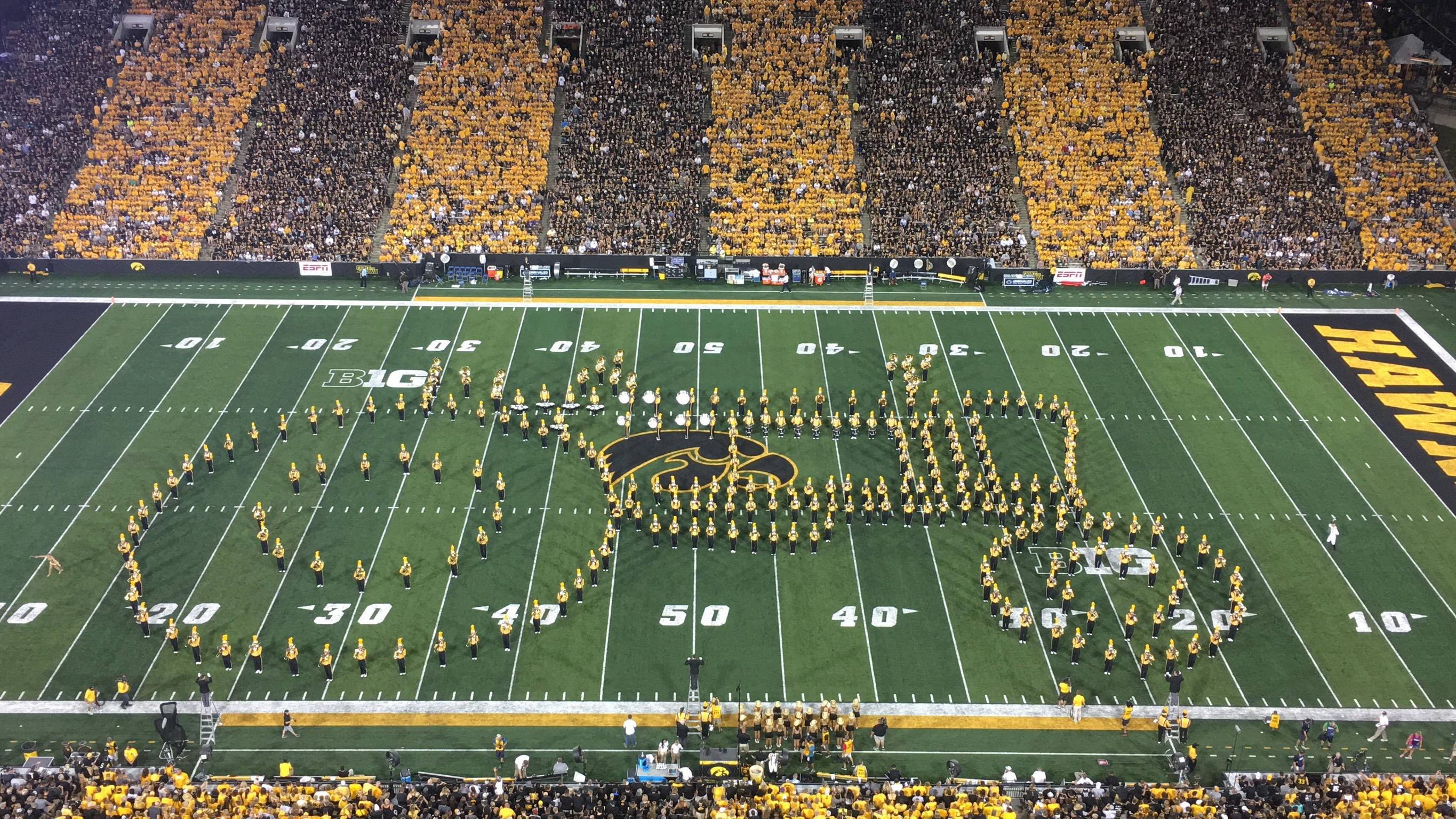 This week the band celebrated country music by making a number of fun country formations including a barn, tractor and cowboy boot. In their closer they marched some more traditional formations that were a throw back to the days of military shows.

A special moment at halftime occurred after the feature when Iowa announced that their drum major Isaac Anderson would be leaving the band this week as he was selected for active duty with the US Army. He passed the baton off to Analisa Iole who will become the first female drum major in the modern era of the band!