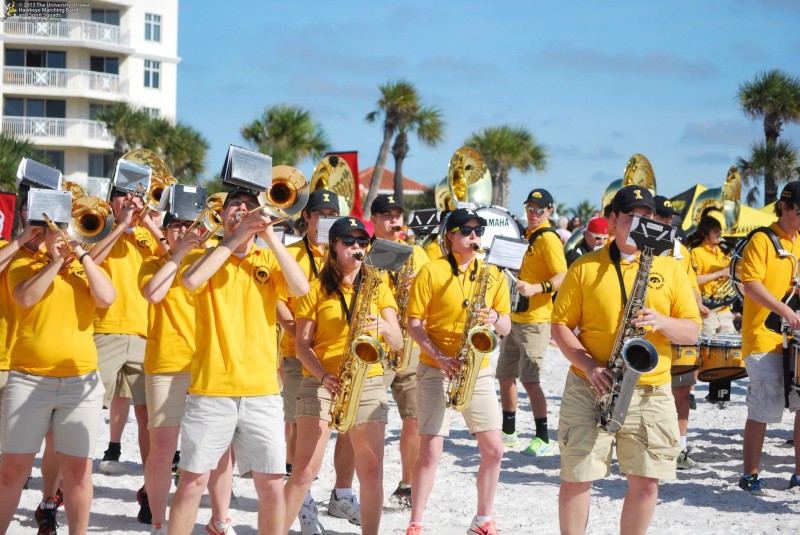 Things got a little weird at the Outback Bowl yesterday when the Iowa Hawkeye Band decided to do their best impression of the Florida State Marching Chiefs.

In the middle of the game the band started singing FSU's "Warchant" which clearly was a "chop" at Florida's dismal play against their rival Florida State over the past few years or maybe it was just a way to really confuse the team?

We're not really sure.

Here's a video from the game where you can hear it in the background...

*looks up other school's fight songs*

It doesn't look like the band made any new friends in Gainesville this weekend, but they may have made quite a few in Tallahassee!

The Hawkeye Marching Band has been known to do some quirky things. Like that one time they chanted "We Are Penn State" during Zombie Nation after their own team scored a touchdown:

Listen to the Iowa band chanting after they score a TD..... "We are Penn State" you guys aren't even close https://t.co/Q7mp6xMs2M

Iowa is slowly taking on the aura of the most interesting band in the country.