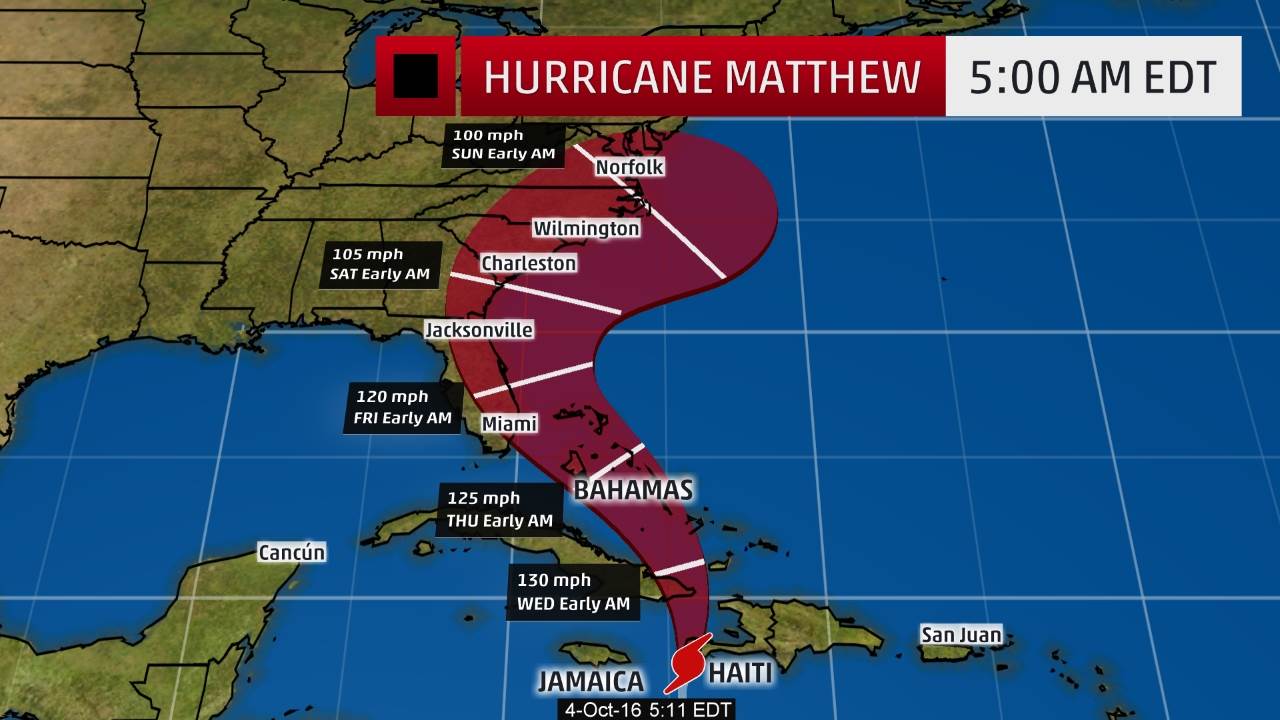 A major category 3 hurricane named Matthew is barreling towards the Florida coastline and is expected to track northeast up the eastern coast this weekend. With the storm expected to strengthen to a category 4 storm tonight before hitting Florida, games across the southeast are being cancelled, moved or rescheduled in advance.

The University of Central Florida has already rescheduled their game to November 5th against Tulane. Unfortunately that means the Tulane Band, which was scheduled to travel this week to Orlando, will now no longer make the trip. They are working on getting there for the November 5th rescheduled game.

Due to the rescheduling of the game @UCF_Football this weekend, the #TUMB must also cancel its road trip. Stay safe, @MarchingKnights!!

Further south in Florida, Miami will host Florida State in a huge ACC matchup that will also feature the Miami Band of the Hour and the visiting Marching Chiefs. As of this morning no decision had been made on the game with both teams feverishly working to figure out a back-up plan in case the storm causes severe damage to the city. Miami could be directly in the pathway of the storm.

What most people are worried about with Hurricane Matthew: Miami-Dade Mayor Carlos Gimenez says no decision yet on FSU-UM football game.

South Carolina hosts Georgia in a big SEC matchup in Columbia, SC. South Carolina is no stranger to rescheduling games as last year they moved their home game against LSU to Baton rouge because of Hurricane Juaquin and the flooding that soaked the region. The band wasn't able to travel to LSU so the LSU band played their fight songs and Alma Mater which made for a special moment showing the support between band programs. Watch last year's special moment here.

The state of North Carolina will host home games at UNC, Duke, NC State and Wake Forest this weekend. All four schools are closely watching the tracking of the storm, but are just planning to play in the rain as of now school officials told us. That could change if the hurricane shifts more inland.

Many other programs are going to be in for a wet weekend as rain bands could reach deep into the southeast United States canceling halftime shows due to poor field conditions. High winds will also play a major factor.

We will keep you updated as this major storm continues towards the United States. If you are planning to travel to a game this weekend in the pathway of the storm please be safe.