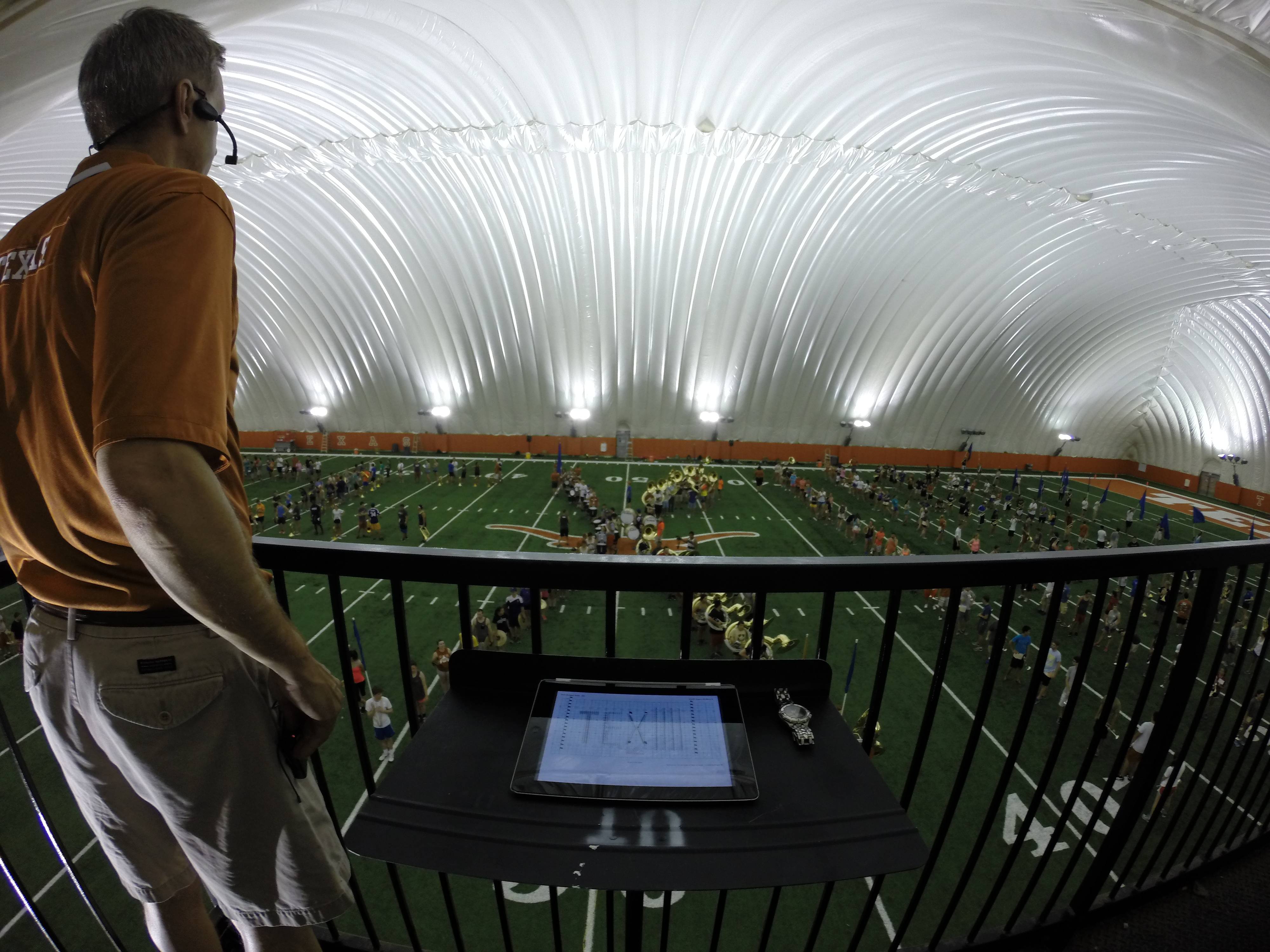 October 23, 2015
Tweet
Many casual fans assume that large portions of college bands are comprised of music majors, when in fact that number is actually quite small. College bands are not only diverse from a gender and racial perspective, but also from an area of study perspective at the university. One degree area that is almost always at the top of the list is engineering. At the University of Texas at Austin the Longhorn Band has nearly 30% of its population housed in the Cockrell School of Engineering. Historically this has been the case since it's inception. Engineering students and marching bands are a great fit when you think of the personality and learning styles of engineers. They love structure, they love solving problems and they love numbers. Music and marching bands have it all.

For many universities the band is primarily seen as a form of entertainment at halftime. They excite fans and carry on tradition.
That is not the wrong way to describe most bands, but can bands be used in much more strategic ways to benefit universities? At smaller institutions, the band may be the most visible piece of the university with football a far second or third. This is seen at schools like West Chester University, Riverside Community College, Western Carolina University, Jacksonville State University or North Alabama University to name a few. Western Carolina marched in the Thanksgiving Day Parade last year and puts a band on the field each year that includes nearly 5% of the entire student body.

At larger schools like Ohio State or USC the band is able to bring visibility to the school via huge youtube views or performances at the Academy Awards Show. However, college bands can also help their institution internally. This week the Longhorn band will partner with the Chemical Engineering Department and dedicate a few minutes of their halftime show to honor a legendary faculty member. That faculty member is Dr. John J. McKetta, Jr. who just turned 100-years-old on Saturday October, 17th. Dr. McKetta, as he is called on campus, is also the namesake of the department. It turns out the John J. McKetta Jr. Department of Chemical Engineering at the University of Texas is also turning 100 this year.

Back in 1915 a professor named Eugene P. Schoch identified a need for a new direction for chemists and started the Chemical Engineering Department. It turns out that Dr. Schoch also was responsible for the creation of the Longhorn Band.

The band has decided to honor Dr. Schoch and Dr. McKetta to the delight of thousands of alumni and chemical engineering students. "The Longhorn Band and Chemical Engineering have a long history of helping to educate and shape leaders that have made contributions to society, that have transformed economies, benefited society and improved quality of life," explained Dr. Thomas Truskett, Department Chair of the Dr. John J. McKetta Jr. Department of Chemical Engineering. "Memorable performances like the one this Saturday can energize the alumni and bring awareness to the history and importance of our great departments and institutions on campus."

The Band will spell out McKetta and Schoch on the field while the band announcer welcomes Dr. Truskett, the Dean of the Engineering School, Dr. Sharon Wood, and the new school President, Greg Fenves, the first engineer to be named President at the University of Texas at Austin.

"Recognizing the achievements of legendary academicians on university campuses is a fantastic way to keep the focus of the collegiate experience squarely on the students who make these special environments possible," said Scott Hanna, Director of the Longhorn Band. "Student-athletes, band members, spirit squad members, student managers and trainers, and every student who attends an athletic event to support their team are the reasons that all of us do what we do."

By partnering with academic units the Longhorn Band not only brings attention to important accomplishments and people on the academic side at a sporting event, but also helps fundraising and alumni relations for both the engineering school and band. "This collaboration between the band and the Cockrell School could have ripple effects throughout our efforts to better both organizations. We hope to work together again on future projects," said Michael Barasch, Associate Director for Development in the Cockrell School of Engineering.

"It's not uncommon for the academic side of a university to be lost at a football game, but the band gives us a great avenue to bring it to the forefront."